Scientists want the rules governing the use of human embryos to change, saying they are stopping potentially life-changing research.

For decades, the “14-day rule” has been a guiding principle for researchers using embryos and has shaped legislation worldwide, including in Australia.

It bans the use of embryos older than 14 days in scientific research.

But in a major shift, the International Society for Stem Cell Research (ISSCR), representing more than 4,000 scientists worldwide, has changed its guidelines to allow for more flexibility around embryo use.

They recommend that proposals be reviewed on a case-by-case basis by independent ethics and scientific committees, rather than be subject to a blanket ban.

“We want to start a conversation,” says Megan Munsie, an Australian stem cell scientist who is also on the ISSCR taskforce.

“Should we, under particular circumstances, be able to culture human embryos and make embryos beyond 14 days?”

What happens in the first 14 days of life?

Fourteen days after fertilisation represents one of many key points in the development of the human embryo.

Around one week after an egg is fertilised by the sperm it becomes a bunch of cells known as a blastocyst.

The blastocyst embeds into the lining of the uterus and starts developing into an embryo and placenta.

After 14, a thickened band of cells in the embryo known as the “primitive streak” forms.

This streak marks the start of cells rearranging into an early body plan and specialising to eventually form tissues and organs.

Approximately half of embryos don’t make it beyond these first two weeks, and women often don’t realise they are pregnant before this.

To study what happens during the first two weeks of life, researchers use embryos left over from in-vitro fertilisation (IVF) procedures.

Under current rules,  research must stop at 14 days or when the primitive streak becomes visible.

“You can see it easily under a microscope,” says Kirstin Matthews, a fellow in science and technology policy at Rice University.

“It’s the last point you can actually split off into twinning — a point that people think of philosophically as showing individualisation.

“You are an individual. You cannot become two individuals at that point.”

The 14-day rule stems from when in-vitro fertilisation (IVF) was finding its feet as a new technology in the late 1970s.

IVF is so widespread today, it’s easy to forget how bizarre the idea of creating a human embryo in a test tube was back then, and the controversy it sparked.

In 1979, the US Department of Health, Education and Welfare published a defining report into research involving IVF and human embryos.

Five years later, the UK released the findings of the Committee of Inquiry into Human Fertilisation and Embryology (the “Warnock Report“, named after its chair, the late moral philosopher Mary Warnock).

Citizens, scientists, ethicists, religious leaders, social scientists, legal scholars and others were widely consulted on the status of the embryo and where the limits of embryo research should be.

“This is the first time we heard the embryo described as special, that it [be] treated [as] special”, says Kirstin Matthews, a fellow in science and technology policy at Rice University.

While some found the idea of IVF taking over from nature unacceptable, a compromise was reached to enable both infertile couples and scientists to benefit from this nascent technology.

The 14-day cut-off was part of that compromise.

Why do scientists want to change the rule?

When the limit was first proposed, it wasn’t even scientifically possible to grow an embryo outside of a human body for 14 days.

“This was very much a distant kind of arbitrary line, a line in the sand,” says Professor Munsie, who also researches stem cell ethics, education and policy at the University of Melbourne.

“Over the last couple of decades, we’ve been able to grow embryos up to a week, to [the] blastocyst stage of development, and are now doing that routinely.” 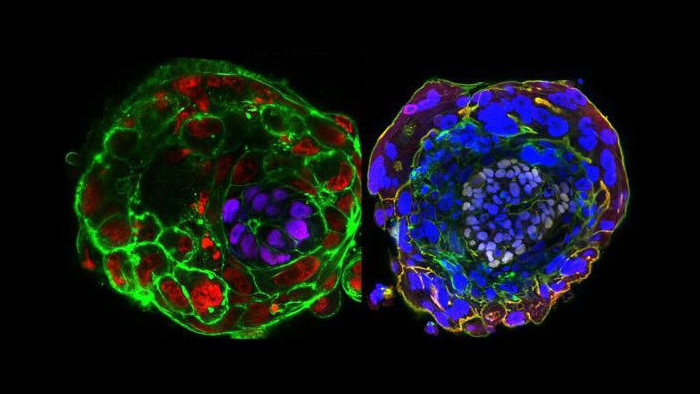 Scientists successfully sustain a human embryo in a petri dish for record breaking time in a “major step forward” that opens debate about embryo research.

But as the science has evolved, so too have the limits of what’s possible.

In 2016, scientists studying early development succeeded in cultivating embryos up to 13 days  for the first time.

They terminated their experiments to stay within the limits of local laws.

Twelve countries, including Australia, the UK, Canada, South Korea, and the Netherlands allow approved research within the 14-day limit.

The laws governing these vary from country to country, but they could one day replace the need to use human embryos in research at all.

What could expanding the rule tell us?

Scientists say lifting the 14-day limit could open up important new horizons for medical research and provide more insight into what causes miscarriages and congenital anomalies.

“There are research opportunities to understand more about fertility, more about development, and what goes wrong in certain conditions,” Professor Munsie says.

“The science has advanced, but we have this rigid stop point at the moment.”

Animal models, like mice, can only take scientists so far.

“When you look at a mouse embryo, it starts off [in its] really early stages looking the same. We all look like two cells,” Dr Matthews says.

After 14 days, the human embryo undergoes striking changes, including the formation of neural tissue. By week three a fledgling heart starts to beat and pump blood.

“If you can’t model that, you don’t really know what’s going on, and you won’t be able to work on developmental issues,” Dr Matthews says.

Taking human embryos beyond the 14-day limit could paint a clearer picture of how they evolve, and what can go wrong, Dr Munsie says.

“By understanding those early allocations of cells that will eventually give rise to particular organs in the body, it may help us better understand how to perhaps mimic that, if we’re thinking about cell therapy, for example.”

What are the alternatives to using embryos?

One area of growing promise is using human stem cells – immature cells that can change into the cells of any tissue or organ – to effectively model early development.

In addition to the 14 day rule for human embryos, the new ISSCR guidelines address embryo-like models too.

These models, which are also known as ‘blastoids or ’embryoids’, have the potential to mimic embryo behaviour at different stages.

Because they aren’t made from egg and sperm cells, they can’t ever develop into a human being, and so don’t present the same ethical difficulties as human embryos.

Embryoids could reduce the use and destruction of human embryos in research.

In ground-breaking research published earlier this year, Jose Polo at Monash University and his team at the Australian Regenerative Medicine Institute reprogrammed human skin cells to revert to stem cells.

The cells started behaving in a surprising way.

By all sorts of measures, they functioned and organised themselves just as cells do in an early-stage embryo.

“It was quite astonishing,” Professor Polo says.

So astonishing that Professor Polo’s team only cultivated the cells for four-and-a-half days and contacted the Embryo Research Licensing Committee run by the National Health and Medical Research Council (NHMRC) for its advice.

Under current Australian law embryoids are defined as embryos and regulated in exactly the same way as egg-sperm embryos.

“I felt it was appropriate to contact them and say, look, we have generated these structures,” Professor Polo says.

“We have evidence now that they are actually blastocyst-like structures or models. So let’s start a conversation.

“I felt that it was the proper pathway … to see what their recommendation was [and] how the law captures these structures.”

The committee ruled that the research must stop.

So how will the changes to guidelines help?

The ISSCR want to see regulations lifted on the use of embryoids in research, where appropriate.

“If we could model and mimic aspects of embryonic development using stem cells, we can do that at a very different scale to what we can do using donated excess IVF embryos,” Dr Munsie says.

“It really changes what we can do in the future.”

Professor Polo is in the process of applying for a new license for the work, which may or may not be approved.

“We feel that we are missing a big opportunity,” he says.

“With models we can work at scale, so we could really accelerate in an unprecedented way our understanding of those first weeks of development.”

“It’s really important that we keep thinking about and discussing the definition of a human embryo,” she says.

“We should be using the opportunity of the international  [ISSCR] guidelines reframing some of these areas to have a deeper dive into the Australian law.”

Is an upper limit needed?

Some scientists argue the revised ISSCR guidelines are now too open-ended and that an upper limit to embryo research should still be defined.

Eminent stem cell biologist Paul Knoepfler at the University of California, Davis expressed his concern in a recent blog post.

“Without a clear limit, I think it’s likely that some researchers are going to go too far utilising new embryo culture technologies,” he wrote.

“To me a new 21-day rule would make the most sense for a few years to see how work proceeds and learn from the experiences with the somewhat later embryos. Then revisit the limit.”

Want more science — plus health, environment, tech and more? Subscribe to our channel.

Dr Munsie understands his concerns and says research projects would need to be reviewed carefully and based on their value to science.

“I’m actually sympathetic to this idea of an upper limit.

“The scientific community are [not] asking for open access just to be able to go and do whatever.”

But given the range and complexity of views on the significance and status of human embryos — personal, religious, philosophical, and ethical — one thing is for sure.

Scientists will need to consult much more widely on what happens next.

Want more science from across the ABC?

Science in your inbox

Get all the latest science stories from across the ABC.

Why are Biostatistics Essential for Successful Clinical Trial Management?

The Innovations of Healthcare – Bestgamingpro

Neurons in visual cortex of the brain change their responses over time, research reveals