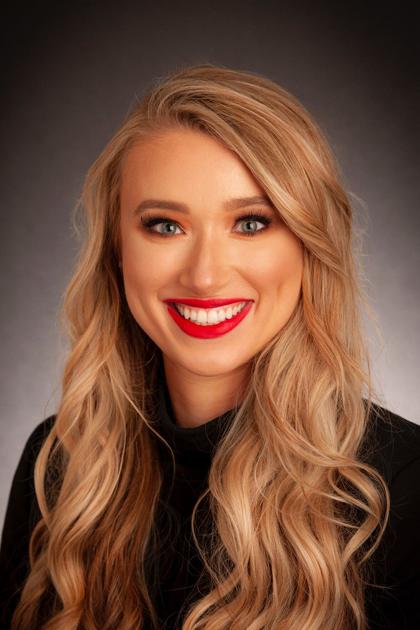 Each year a student regent is appointed to the university’s Board of Regents through Gov. Greg Abbott’s office to provide a student perspective when implementing policies across all Tech campuses. This year’s student regent, Brooke Walterscheid, is a fourth-year medical student from Muenster.

Walterscheid has spent eight years at Tech working in various student organizations. Her involvement in the Student Government Association led her to get to know the university and its students. Her term as student regent lasts over a one-year period, and although she is a non-voting member, her participation on the board allows her to impact decision making on behalf of the university and advocate for its students.

“Having almost earned three degrees from two of the university’s institutions coupled with my experience with SGA and active involvement with student organizations made me feel that I could accurately portray the sentiments of the student within the organization and work in tandem with system administrators,” Walterscheid said.

As a fourth-year medical student, Walterscheid applied for residency this year but was able to participate in the residence trail virtually. She said the silver-lining to COVID-19 was being able to devote more time to her position as student regent while continuing her education.

Through her position as student regent, Walterscheid had the opportunity to attend board meetings, communicate with administrators and student organizations and have a contributing voice within the organization. Due to her term being during COVID-19, she said she felt a responsibility as both a student regent and a medical student to encourage the university to provide for its students during this time.

“As a student, I felt that it was important to make sure our students had access to adequate testing, access to funds and resources to isolate,” Walterscheid said. “I knew the issues students were facing, and I could ensure that administrators were working on tangible solutions to each of those issues.”

The unprecedented challenges and inequities presented to the board because of COVID-19 were a test of actively adapting to students’ needs, Walterscheid said. In addition to the pandemic, the board focused on mental health funding, caring for Lubbock’s frontline workers, and student grants. Walterscheid said being able to give back to the university, her peers and the administration has been the highlight of her time as a Red Raider.

Walterscheid said she firmly believes people make time for the things that matter to them, and that mindset helped her prioritize her values, create time for her position and take care of the university.

“This is the highest level of service I could give to all of the mentors, professors and peers who have invested so much in me over the years and to be able to represent their interests has been the highest honor,” Walterscheid said.

The student regent position will end at the end of May, and Walterscheid will graduate that same month. After graduation, she will begin a resident internship in Houston and then she will return to Lubbock to train as a dermatologist.

During her time as student regent, Walterscheid worked alongside Vice Chairman of the Board of Regents, Mark Griffin. Griffin said Walterscheid’s prior experience with SGA was very beneficial to the board because she was well-versed in the issues students experience and was able to bring a confidence into the room that helped many students have an impact on the university.

“Brooke provided really good guidance and counsel to the board, especially as it related to student government issues,” Griffin said. “It’s an honor to be appointed, and I think she took her role very seriously and because of that she was a very productive member of our board.”

Griffin said because the position is limited to one year, student regents will often become heavily involved with issues and challenges within the university just in time for their term to end. He said Brooke did a wonderful job as student regent, and her ability to connect with student’s personally made her term successful.