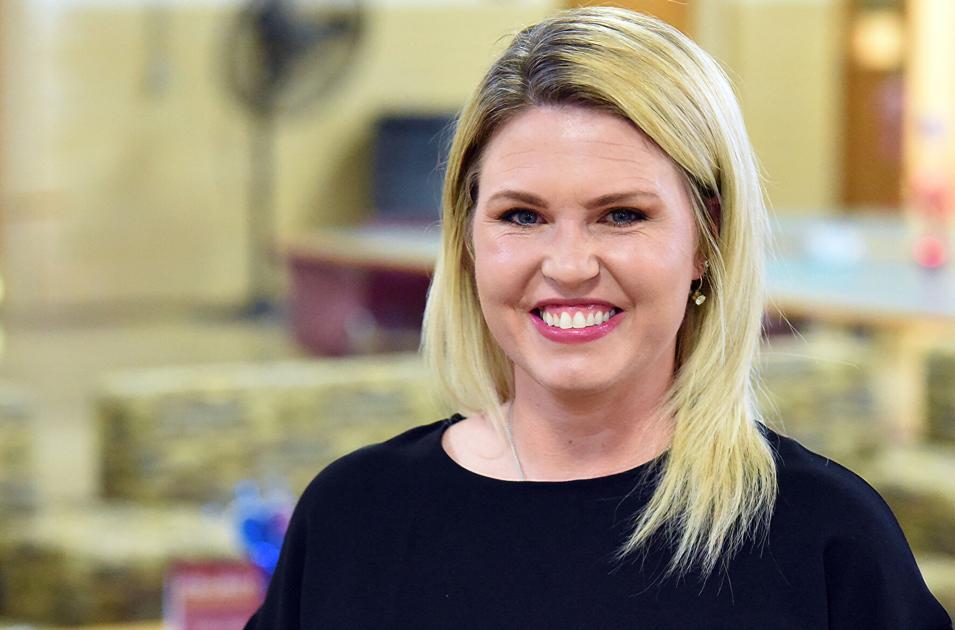 The man who brought De Ann Atkinson into the world helped change her world 30 years later.

While attending Victoria College’s Gonzales Center, Atkinson was on her way to being accepted in nursing school when one of her instructors, Dr. Robert Williamson, suggested she take her aspirations higher.

“Dr. Williamson was teaching my anatomy and physiology class, and he just so happened to be the doctor who delivered me,” Atkinson said. “He told me, ‘I just see so much potential in you.’ He then asked me, ‘Would you consider attending med school?’”

Williamson and VC Gonzales Center biology instructor Mike Bond helped Atkinson map out her road to medical school. It led from Gonzales in 2016 to Texas Lutheran University, where Atkinson graduated with a bachelor’s degree in molecular biology in 2019.

“Four days later, I got an email from SHSU, and I was totally prepared for rejection,” Atkinson said. “I was prepared to be devastated. I opened the email, and the first word I saw was ‘Congratulations.’ My heart skipped a beat, and I screamed. The rest of the day was just like a blur. I couldn’t believe it.”

Atkinson, a mother of five daughters, had taken some classes at Austin Community College before becoming a licensed insurance salesperson.

“I really liked it, but sales just wasn’t for me,” Atkinson said. “So I stayed home for a while raising the kids.”

Atkinson, 35, didn’t seriously consider continuing her education until after her husband, Ryan, went back to school to obtain his bachelor’s degree in electrical engineering. Three months after giving birth to her fourth child, Atkinson enrolled at VC’s Gonzales Center with a full load of classes.

“It was a really intense semester,” said Atkinson, who also tutored students while at the Gonzales Center. “But I would have never been able to go back to school if it wasn’t for VC being here in Gonzales. Texas Lutheran is not that far, but I wouldn’t want to make that commute for four years. It’s hard when you have kids and try to be in two places at once.”

Atkinson, her husband and daughters Ainsley, 15, Blakely, 13, Shylee, 9, Graylee, 6, and Townslee, 2, recently moved from Gonzales to Conroe where Atkinson will begin medical school this fall.

“It wouldn’t have been possible if not for the Gonzales Center,” Atkinson said. “Every instructor I had here was incredible. I am living proof that you can start at a community college and wind up in medical school. It’s not as big a leap as people think it is.”