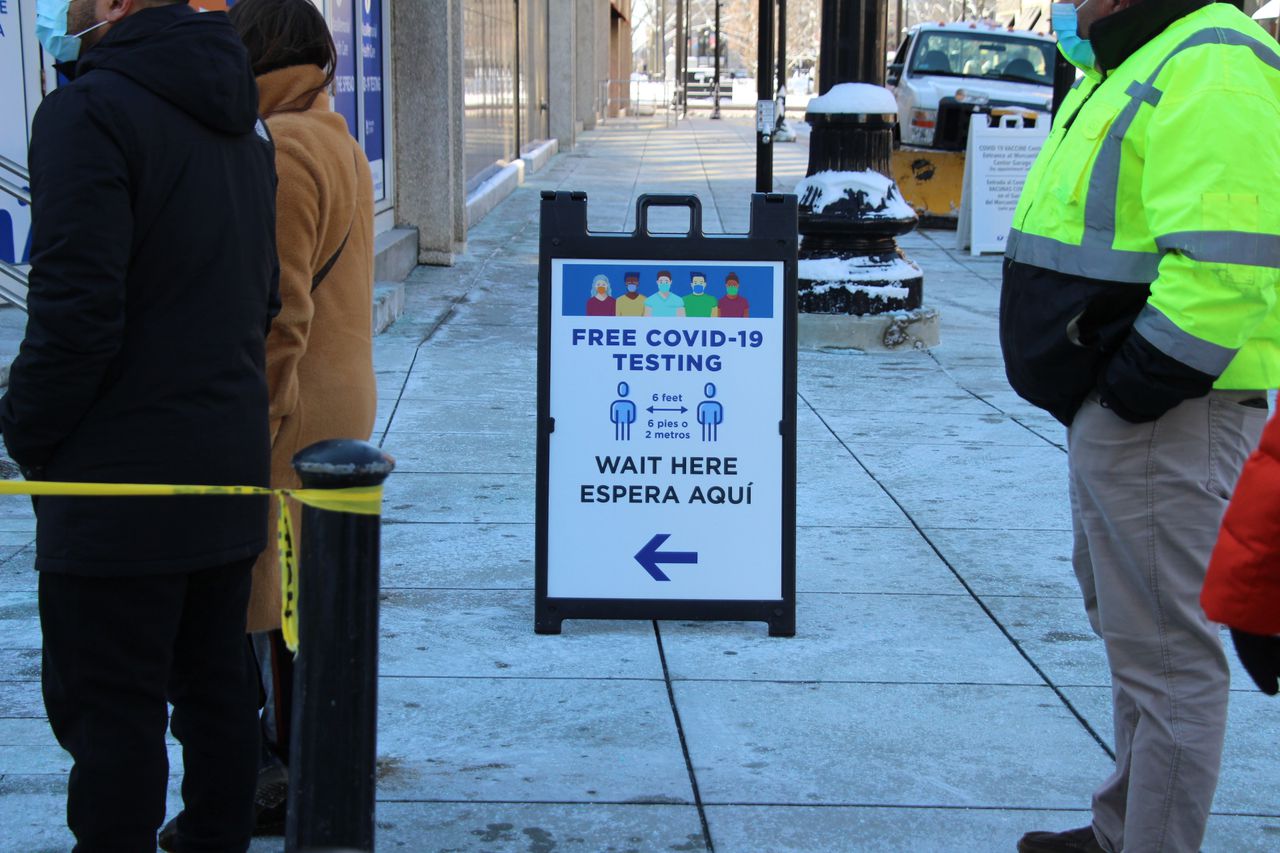 Three years ago, UMass Medical School received funding from the National Institutes on Health to help develop a point of care technology that could be utilized at home.

Dr. Nate Hafer, of the Worcester medical school described the idea behind the research as allowing patients with heart, lung, blood or sleep disorders to monitor their symptoms or disorder from home.

“NIH looked at us and said, you guys are perfectly positioned to help develop rapid tests for the virus,” Hafer said. “Go for it.”

More funding arrived at UMass to initiate the updated game plan. It launched a COVID test version of Shark Tank. As part of the process under RADx Technology, UMass Medical School received about 700 applications related to rapid COVID testing. About 140 applications advanced to deeper examination and about 50 received funding.

So far, 16 tests have received authorization from the U.S. Food and Drug Administration and the program increased COVID-19 testing capacity in the U.S. by more than 180 million.

“We’re not out of the woods with COVID, obviously, but I think people are really starting to think about how these different technology platforms can be used for potentially other infectious diseases,” Hafer said.

Just as the initial funding from the NIH didn’t set out to produce rapid testing for a pandemic, Hafer said ideas evolved once the NIH asked UMass to help in develop rapid tests.

Initially, many of the ideas focused on rapid-testing hubs located in airports, schools or stadiums.

While testing has popped up in some of those areas, none of those locations have emerged as the focal points for testing.

Instead, research has moved to at-home testing.

“Rapid testing, point-of-care testing, it’s been out there for a number of years, but it was never really mainstream,” Hafer said. “It was always kind of seen as this niche thing. People were resistant to really adopting it and making it mainstream. But I think the pandemic has definitely changed a lot of people’s perspectives.”

A research project in a pair of Southern regions began last week called “Say Yes! COVID Test.” From research developed at UMass Medical School, the Centers for Disease Control and Prevention, the NIH and other universities pushed it even further by pairing at-home testing with an app.

It opened in Pitt County, North Carolina and Chattanooga, Tennessee.

About 160,000 at-home rapid COVID tests were provided in the two areas. The research plans to examine if people have the tests, will they use them and adjust their behavior based on results.

“We would think [the app] would alter behavior,” Hafer said. “But we don’t know that for sure.”

Even with vaccine rollouts surging, Hafer believes the research and emergence of at-home testing remain important.

He said not everyone will get the vaccine either by choice or due to medical reasons. The way the virus behaves, it often spreads from one individual to another before the infected person even becomes sick.

At-home testing would allow for immediate results and the hope is people would quarantine much sooner.

“There’s still a lot of disease floating around in the public and in communities,” Hafer said. “We’re not completely over the hump just yet. Testing is going to be a key part of our strategy to get this under control.”

App-home testing or care that could emerge from these apps could revolutionize healthcare in regions of the country or around the world where residents live hours from a hospital or can’t immediately access care.

In many ways, the care developed as a result of the pandemic is just the beginning.

“It will definitely play out in the next five or 10 years for all the work that’s being done now as we apply these great lessons and technology to either the next pandemic or other diseases or problems that are out there in society,” Hafer said.