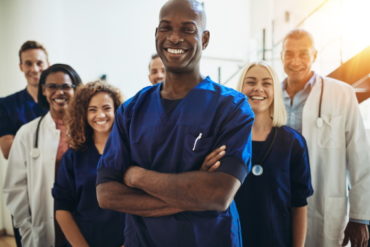 The probation comes after a lawsuit from a black female doctor

An accrediting body has placed Tulane University School of Medicine on probation following unspecified complaints of “racism” and “sexism.”

The Accreditation Council for Graduate Medical Education’s decision only affects the “institutional sponsorship of residency and fellowship programs” but not the MD program, according to a letter released by the private New Orleans university.

The university has responded by promising more “diversity” and “inclusion” efforts.

The clear message from the ACGME is that we can and must do more to improve the oversight of our GME programs while also improving our learning and working environments, including enhancing equity, diversity, and inclusion for everyone in our community. Although we have made progress in these areas in recent years, we recognize the need to expand and accelerate our existing efforts and, with the help of our community and outside experts, simultaneously embark on a broad spectrum of new initiatives.

Tulane is currently being sued by a former program director who still teaches at the medical school.

The ACGME’s decision to place Tulane on probation follows a public debate over the removal of Princess Dennar, MD, from her position as director of the Medicine-Pediatrics residency program last February. Dennar, who still serves as a medical director of ambulatory clinics at Tulane, was the first and only Black woman to lead the Med-Peds residency program.

Dennar praised the decision to put a black mark on her own university.

“This decision is important because it sets a precedent for other institutions across the nation,” Dennar said, “that the ACGME and other accrediting bodies will not tolerate any form of racism or sexism.”

“Dennar filed a lawsuit against Tulane in October 2020, citing race- and gender-based discrimination against herself and several of her residents,” MedPage said. Many of the residents “identified as women of color.”

“She maintains that the institution’s decision to withdraw her leadership title was retaliatory,” MedPage reported.

The undergraduate school has previously faced federal investigation for being biased towards women. It has a women-only scholarship program, which at least one attorney said violates federal sex discrimination laws.

MORE: Med students protest racism without saying what is racist