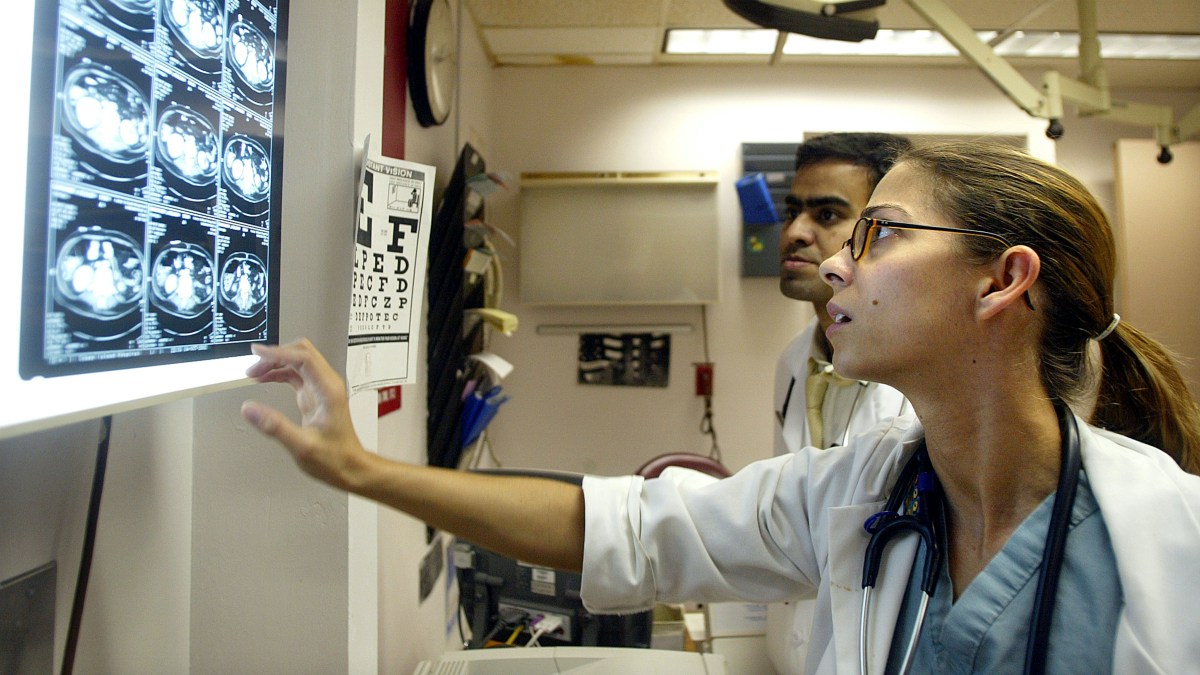 To become a doctor, you have to go through medical school. Then you have to complete a residency. That’s a three- to seven-year stint at a hospital that has a residency program.

And to do that, you first have to “match,” as it’s called, with one of these programs.

Every year in mid-March, matching videos show up on social media. They’re of medical students finding out where they’re going to do their residencies and become practicing doctors. They drink Champagne in rooms full of balloons and cry tears of joy.

But not everybody has something to celebrate. Every year, there are medical students who don’t match. In 2021, there were more than 42,500 applicants for just over 38,000 residencies. That’s more than 4,000 would-be doctors who don’t — initially — get a spot. By some estimates, there are even more than that. And without a residency, you can’t get a license to practice medicine.

“I was pretty hurt. I was pretty, I was like, is this even real?“ Mahad Minhas said.

He didn’t match into a medical residency last year — even after college, getting a master’s in public health and then attending medical school.

“This is years and years and years of hard work, not just medical school, but everything. Moving to different places, leaving your family, not being able to watch your siblings grow up, stuff like that. So I was just like, this is all, it’s all for nothing. Like all of this was for nothing,” Minhas said.

Minhas wanted a urology residency, but so do lots of other people. So he switched to radiology and ended up with what’s called a preliminary match in general surgery. That’s an assignment for a year.

“If we have a certain number of people graduating, particularly in this country, they should be able to have the opportunity to have a job,” he said.

While in medical school at Howard, Felix was president of the Student National Medical Association — and advocated for more residency positions.

Many residencies are funded, in full or in part, by Medicare.

The funding for more slots isn’t there now, yet the need for doctors is increasing, said Janis Orlowski, with the Association of American Medical Colleges.

Orlowski herself matched in 1982 and said the process is not only more competitive now, it’s more expensive.

Mahad Minhas said he had $375,000 in student loans. He thought about leaving medicine altogether.

“Why should I struggle so hard to be a part of the system that doesn’t want me? And so I was just gonna quit,” he said.

Or he could have gone to Missouri. The state allows unmatched med school grads to practice under the supervision of a physician.

“Like a lot of other places, we’re facing a physician shortage,” said Jeff Howell, executive vice president of the Missouri State Medical Association. “And especially in rural areas. So the concept was, we have medical students that are graduating, and rather than have them drive Ubers for a year, before they can attempt to match again, allow them to have some clinical experience.”

This year, Minhas went through the match again.

“And somehow I got one at the program that I wanted to be at. So, I wish I could go back and tell my younger self that hey, things are actually going to work out exactly how you want them to. You just don’t know it,” he said.

In two months, he’ll start his residency at the University of Texas at San Antonio. At the end of it, he’ll be an attending radiologist.