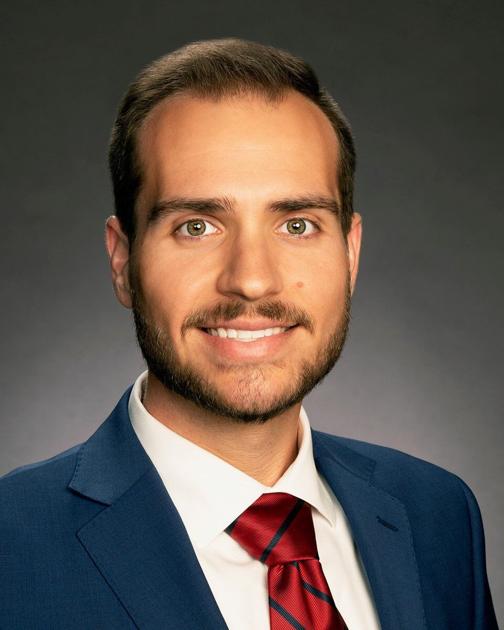 Midgett is a Baton Rouge-based, Emmy-award winning independent filmmaker, producer and showrunner. She’s logged more than 600 hours of writing, producing and directing credits on major networks, including NBC-Universal, The History Channel, A&E, Discovery, PBS, National Geographic and Lifetime Movie Network. Her career as an independent filmmaker and storyteller has been interwoven with PBS in some fashion for almost 30 years. Her first independent feature documentary, “Same God,” premiered at the Los Angeles Film Festival in 2018 and aired on PBS affiliates nationally in 2019 and 2020. Her show-running credits include History Channel’s “Gangland,” “Investigation Discovery’s “FBI: Criminal Pursuit” and NBC’s syndicated reality series “Starting Over.”

The Louisiana Dental Association presented Dr. Keith Kyler with the Distinguished Service Award and Dr. John T. Roshto with its New Dentist Award during the organization’s 140th house of delegates.

The Distinguished Service Award is given to a member who exemplifies professional conduct and for contributions in organized dentistry and their community. Kyler has been a member of the state, national and Greater Baton Rouge Dental Association for 31 years, and been active at all levels. On a state level, he serves as chairman of the Council on Insurance and was chairman of the Allied Dental Association Insurance Trust. He served as the trustee of the LDA Health Plan Trust from 2006-2019. Kyler has been a committee member for the New Orleans Dental Conference and LDA Annual Session and is serving this year as co-chairman elect. He has been a board member of the Continuing Dental Education of Baton Rouge since 1993.

The New Dentist Award is presented annually to one LDA member who has practiced for less than 10 years, and is honored for civic involvement, public service and devotion to the dental profession. Roshto is a six-year member of the national, state and Greater Baton Rouge Dental Association. On the state level, he serves on the Council of Government Affairs and locally served as the 2019 treasurer and 2018 president. He led a group of young dentists in an outreach program that helped to revitalize the local association membership. He also volunteered for the Louisiana Mission of Mercy, providing free dental care to underserved members of the community, and has been a member of the Louisiana National Guard since 2011 and serves as the medical officer.

Camille Bryant, a partner in the New Orleans office of McGlinchey Stafford, has been selected as a member of the Leadership Council on Legal Diversity 2021 class of fellows.

The program is designed to identify, train and advance the next generation of leaders in the legal profession. Bryant is one of 418 attorneys nationwide selected for this year’s fellows class. In 2019, Bryant was McGlinchey’s first participant in the council’s Pathfinders program for diverse, high-potential, early career attorneys. Her litigation practice is focused on labor and employment counsel and defense as well as products liability defense. She is involved in various legal and community organizations and in 2019 was presented the Outstanding Young Lawyer award by the National Bar Association’s Women Lawyers Division, and also received the 2019 A.P. Tureaud Award by the Greater New Orleans Louis A. Martinet Society.

Marchand has been with Lakeview Regional for 12 years, working across multiple disciplines in the special care unit, intensive care unit and emergency department. She joined the cath lab in 2017. In 2016, Marchand was named one of the “Great 100 Nurses” in Louisiana for her concern for humanity, her contributions to the profession of nursing and mentoring others.