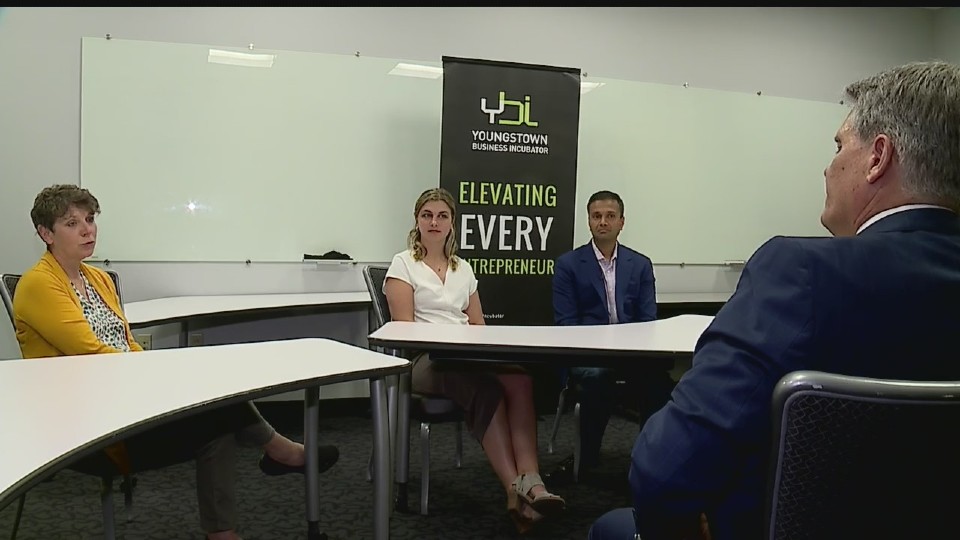 YOUNGSTOWN, Ohio (WKBN) – The pandemic has shown us that doctor’s appointments can be done virtually, but there’s still something to be said about a doctor sitting in front of you, in person, looking you in the eye and telling you what’s wrong. Well, a doctor from Washington, D.C. has chosen the Mahoning Valley as the place to launch a new medical business model that combines virtual with home visits.

“This is really unique to our model. It would be what we call ‘tech-enabled,’” said Barb Ewing, with the Youngstown Business Incubator.

“If I could have handpicked my dream job, this is it,” said Madison Olesh, with Heyday Health.

“We believe we’re one of the first of its kind in the country,” said Dr. Nupe Mehta, with Heyday Health.

Dr. Mehta, who practiced internal medicine in Washington, D.C., is the man behind Heyday Health.

Virtual first, but not virtual only.

“If something happens and you need to be seen in person, instead of you having to come to us when you’re not feeling well, we’ll come to you,” Dr. Mehta said.

Dr. Mehta chose the Mahoning Valley as the place to launch Heyday Health because of its large older population, its lack of primary care physicians and for being known as an area that’s interested in new things.

“It’s not the only place in the country but it was a place we felt really comfortable starting with,” Dr. Mehta said.

“So I’ve worked in the field of gerontology since I was 18,” Olesh said.

Olesh grew up in Canfield and then graduated from Cardinal Mooney and Youngstown State with a degree in gerontology. Her title at Heyday Health is Health Ally. She’s the link to most patients, making sure they’re set up for virtual appointments and answering questions.

“I have a lab that I need to get done. Where do and I go and who do you recommend? I have the capability to do that,” Olesh said.

For now, Heyday Health will be housed at the Youngstown Business Incubator, which could help it grow.

By focusing only on older adults, Heyday Health will bill primarily through Medicare, which will be its main funding source.

The plan is to grow and expand beyond the Mahoning Valley, first going west and then south.

Dr. Mehta says he can handle up to 1,000 patients with his current four-person staff.