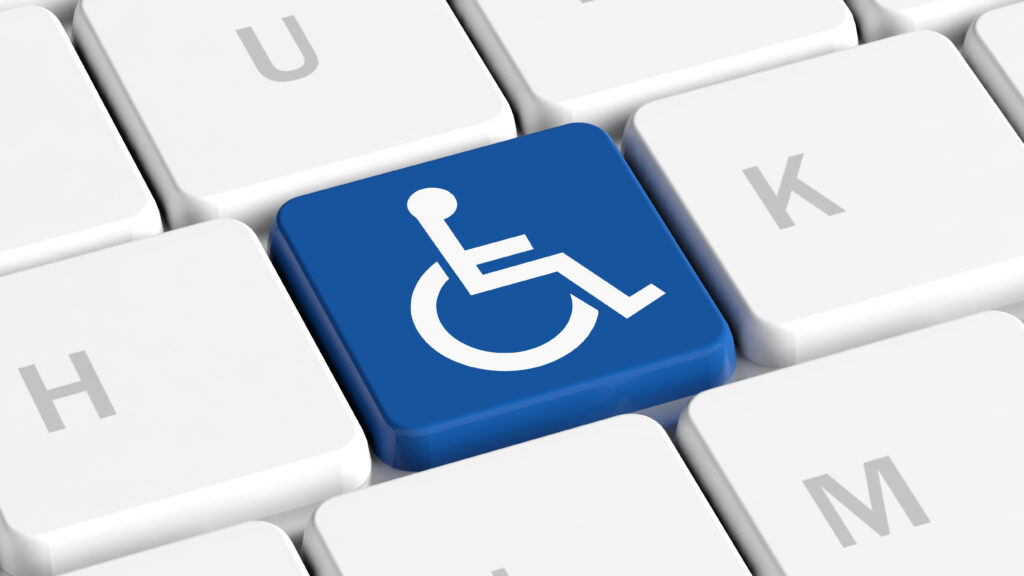 Licensers, employers, and others have asked about my status: disabled or not disabled?

The first time I read this question in my new job’s onboarding forms, I was struck by the implied permanence and the dichotomy of the two choices.

At the same time, I also appreciated that the impetus for this query was the Americans with Disabilities Act (ADA), which had protected me throughout my internal medicine residency. This landmark legislation prohibits discrimination and promises reasonable accommodations for qualified individuals who have medical, physical, and/or psychological limitations.

The ADA was signed into law in July 1990, allowing me to celebrate its inception alongside a rite of passage for me as a physician: On July 1 of this year I went from being a resident in general internal medicine to being a fellow. This advance in rank gave me new roles and responsibilities, which also led to a change in my status, from disabled to not disabled.

Before launching my medical career, I had begun to accumulate an array of autoimmune conditions. Fortunately, these had given me more grit than grief, and disability had never needed to be a part of my identity. That is, not until I graduated from medical school and began my internship and residency.

During the transition to intern year, I recall the tall stack of onboarding paperwork. My program’s office of occupational health had invited me to sign an extra document that requested ADA-related accommodations to my schedule. Rather than working 30-hour shifts that cycled every few days, I would instead work serial shifts of 14 hours (either days or nights).

All parties agreed to the suggested modifications, which meant I signed a form that labeled me as disabled. I still logged the same duty hours as my peers but in a different distribution. Most of my colleagues were unaware that I had received this accommodation. This was in part because neither my health nor my performance had declined; limiting the duration of my shifts had been a preventive measure, which was the right thing to do for me. I also came to understand that schedule changes are pretty common within residency programs — think parental leave.

But as I adjusted to that new label, I began to pay closer attention to the language and discourse surrounding disability. On rounds, when reviewing diagnostic studies or complex physiology, I’d notice when team members would say to me, “This is how the pulmonary function tests would look in a normal person like you and me.”

I sometimes wondered what it was in their eyes that had earned me the status of normal or non-diseased. Was it my demeanor, my skill set, my talents? The advanced degrees embroidered on my white coat? I was partly flattered but mostly troubled that such traits or symbols could seem incongruent with underlying pathology, let alone disability.

Although human brains are hardwired to make snap judgments, we can still deconstruct the stereotypes that conflate impairment with overt dysfunction and suffering. This is one of many important tenets of the global social movement that had inspired the ADA and that continues today.

In addition to opening our minds, this movement calls upon us to not only accommodate people with disabilities but to celebrate them; directs us to treat equal access not as an administrative burden, but as a civil right; and invites us to revel in the vast benefits of diversity, including the opportunities for innovation that are stimulated by a need for accommodations.

Unfortunately, the medical community has lagged behind. In fact, advocates and scholars of this social movement have pointed out that doctors tend to oversimplify the concept of disability in ways that perpetuate bias and underestimate the quality and value of disabled lives. For instance, a physician may choose not to recommend a diagnostic or therapeutic intervention if they believe that the outcome could lead to an “unacceptable” quality of life for the patient. Risk estimation is a critical part of the job, but doctors sometimes take for granted that they are also making formative judgements about the types of lives that are “worth” living.

Disability-related bias in medicine has been tied to an ongoing problem of inadequate representation. Even 25 years after the ADA became law, fewer than 3% of students in U.S. medical schools have disabilities, compared with nearly 12% in post-baccalaureate programs of any kind. This difference is partly due to the romanticized reputation of medical training that glorifies residency as being rigorous and unforgiving. Here’s how that reputation had affected me:

As a medical student, I was aware of the ADA but had not seen it at play for residents or faculty. So when it came time to apply to residency, I was reluctant to consider top institutions for fear that my health would crumble under their 30-hour call structures. In the end, I ranked them highly anyway. I was relieved and surprised to learn, after Match Day, that scheduling adjustments could be made.

This is not to belabor any one structural feature of physicians’ training. Instead, my aim is to raise awareness that a continued paucity of disabled physician role models will signal that impairments are either unwelcome or incompatible with the demands of the job. A lack of diversity will only perpetuate the stereotypes and biases that need undoing.

Some may argue that because medicine is a competitive and demanding career, it can afford to select only applicants who would not require accommodations. But this line of thought only further demonstrates that society’s ableist inclinations can be insidious and deep-seated. Fortunately, my time caring for patients has shown me that people can uproot misguided views through enhanced and intentional empathy.

Covid-19 has provided an opportunity for just that. As the coronavirus spread across the U.S., many health care workers were cast into a new group: those at elevated risk of severe illness. Suddenly, staff members who were older, pregnant, obese, or living with diabetes, compromised immunity, heart disease, or lung disease had become part of a CDC-designated cohort for whom special precautions would be at least considered — a cohort whose newly revealed disability status also arose from a change in context rather than a change in diagnosis or symptomatology.

Another transition occurred when the FDA signed emergency use agreements for Covid-19 vaccines. The boost in immunity enabled most health care workers to transition back toward routine working conditions.

Those are just two ways that the pandemic has shown how dynamic and porous the distinction may be between diagnosis and disability. The pandemic also enjoined us to appreciate the plurality of experiences among those who are disabled. Would it feel different to receive accommodations as a member of a recognized group rather than as an isolated individual? What if some of the faces in this group were among the community’s most respected leaders? And might people react differently when disabilities are viewed as context-specific rather than as an intrinsic or permanent state of being?

The transience and covertness of my own disability experience made it so I do not need to be an outspoken advocate in this arena, but I have chosen to be. So I am inviting others — especially doctors — to join me in dissecting preconceived ideas about what disability means, looks like, and feels like.

And I am calling on my profession to leverage this pandemic-given opportunity to publicize its ability and willingness to offer workplace accommodations as a practicable starting point for increasing the representation of people with disabilities in our field.

Because there is no better time than now for medicine to redefine itself as a culture that is diverse, an environment that is flexible, and a community that is accepting.