Medical Student Sues School After Being Suspended For Questioning Microaggression 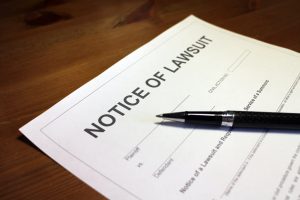 Before reading further, I recommend listening to this exchange between a medical student and a panelist (at the 28:40 mark).

On October 28, 2018, Keiran Bhattacharya, a medical student at the University of Virginia Medical School attended a seminar on microaggressions. During the question and answer period, he asked a panelist whether one has to be a member of a marginalized group in order to be a victim of microaggression. The panelist responded. And then Bhattacharya said that the panelist contradicted herself based on what she had said earlier.

Afterwards, Bhattacharya and the panelist got into an exchange debating how one can be accused of microaggression. Basically, after the panelist answered, Bhattacharya challenged her again by following up with more questions. The audio indicates that the discussion was civil. This back and forth continued again until another panelist allowed a different student to speak.

Soon after the seminar, one of the professors filed a Professionalism Concern Card expressing concern about Bhattacharya’s behavior. It stated that he accused a faculty member of being contradictory at the seminar and his anger and frustration could be a cause of concern in wards.

Hours after the panel, the assistant dean of medical education sent Bhattacharya an email about what happened and both arranged to meet. According to Bhattacharya’s complaint, the dean did not discuss what happened at the seminar. Instead, she asked about his views on various social and political issues, including sexual assault, affirmative action, and the election of President Donald Trump.

On November 15, 2018, the chair of the Academic Standards and Achievement Committee (ASAC) sent Bhattacharya a letter informing him that it is important in medicine to show mutual respect to all and suggested getting counseling.

But on November 26, Bhattacharya received an email from the school telling him that he was required to be seen by the school’s counseling and psychological services before he could attend classes again. The next day, he responded by asking why he needed to see counseling.

The day after that, Bhattacharya received an email from the school stating that the ASAC would meet later that afternoon to discuss his current enrollment status. He responded, complaining about the short notice but agreed to attend.

He attended, took a photo of all attendees and recorded the meeting.

After the meeting, the committee decided to suspend Bhattacharya from school with the option to apply again in August 2019. Bhattacharya appealed the decision.

On December 30, 2019, Bhattacharya was told by campus police that he was forbidden to enter campus for four years. This no tresspass order prevented the medical school from considering his suspension appeal. Bhattacharya was told that the order was issued due to comments in a chat room that were perceived as threats.

After reviewing Judge Moon’s decision, listening to the relevant portion of the microaggression seminar, the ASAC hearing on November 28 and looking at Bhattacharya’s initial complaint with exhibits, there are still unanswered questions. What happened between November 15 and November 26 that compelled the school to change its stance from recommending counseling to mandating it before returning to classes? Why did the ASAC committee decide to meet on November 28 giving Bhattacharya only a few hours of notice? What were these other examples of unusual behavior by Bhattacharya that concerned the ASAC members? What did Bhattacharya supposedly say in chat rooms that would make someone feel threatened and require the campus police to forbid him from re-entering the campus, thus nullifying his appeal?

There are those who are accusing the medical school of censoring and cancel-culturing Bhattacharya because he called out the arbitrary and inconsistent use of microaggressions. Why else would the ASAC members convene so quickly giving Bhattacharya little time to prepare or defend himself? And how convenient that his appeal to be reinstated is canceled because of a no trespass order based on unsubstantiated chat room chatter.

It’s understandable why medical schools want to instill professionalism on its students. There are a number of physicians with anger issues and god complexes. It is best to discipline or dismiss these potential psychopaths early before they wreak havoc on their patients, health care staff, and society in general.

But does questioning a panelist on microaggression — even persistently — warrant a professionalism concern card? I assume that having one of these stapled on a medical student’s permanent record can put one hell of a dent on their future career options. Bhattacharya didn’t seem upset or frustrated nor was the panelist from his questioning. Is pointing out contradictions disrespectful? Reasonable people will disagree as to how persistent questioning can be a cause for concern in wards.

Bhattacharya learned the hard and expensive way that there is a time and a place to call out a person’s inconsistent positions. And a seminar on microaggressions is not one of them, especially when the organizers have the power to suspend you from school. Unfortunately, this is best resolved by letting someone else be the hero that challenges the status quo. Ideally, this should have been resolved with the November 15 letter and Bhattacharya should have attended counseling, even if it was mandated and the sessions will go in one ear and out the other.

As the lawsuit progresses, we will find out who was right. But regardless of who wins this lawsuit, medical students (and probably law and professional students) are less likely to attend seminars on microaggression and similar topics, even if the organizers promise up and down that all views are welcome. These seminars will be one big echo chamber as skeptical students will stay home claiming that they are studying for their backeotomy quiz. Even if attendance is mandatory, the students will either zone out or insincerely parrot what the organizers want to hear. This ultimately defeats the purpose of having seminars like this — to expose students to different perspectives and have a meaningful dialogue.

And that’s going to be a macroproblem.