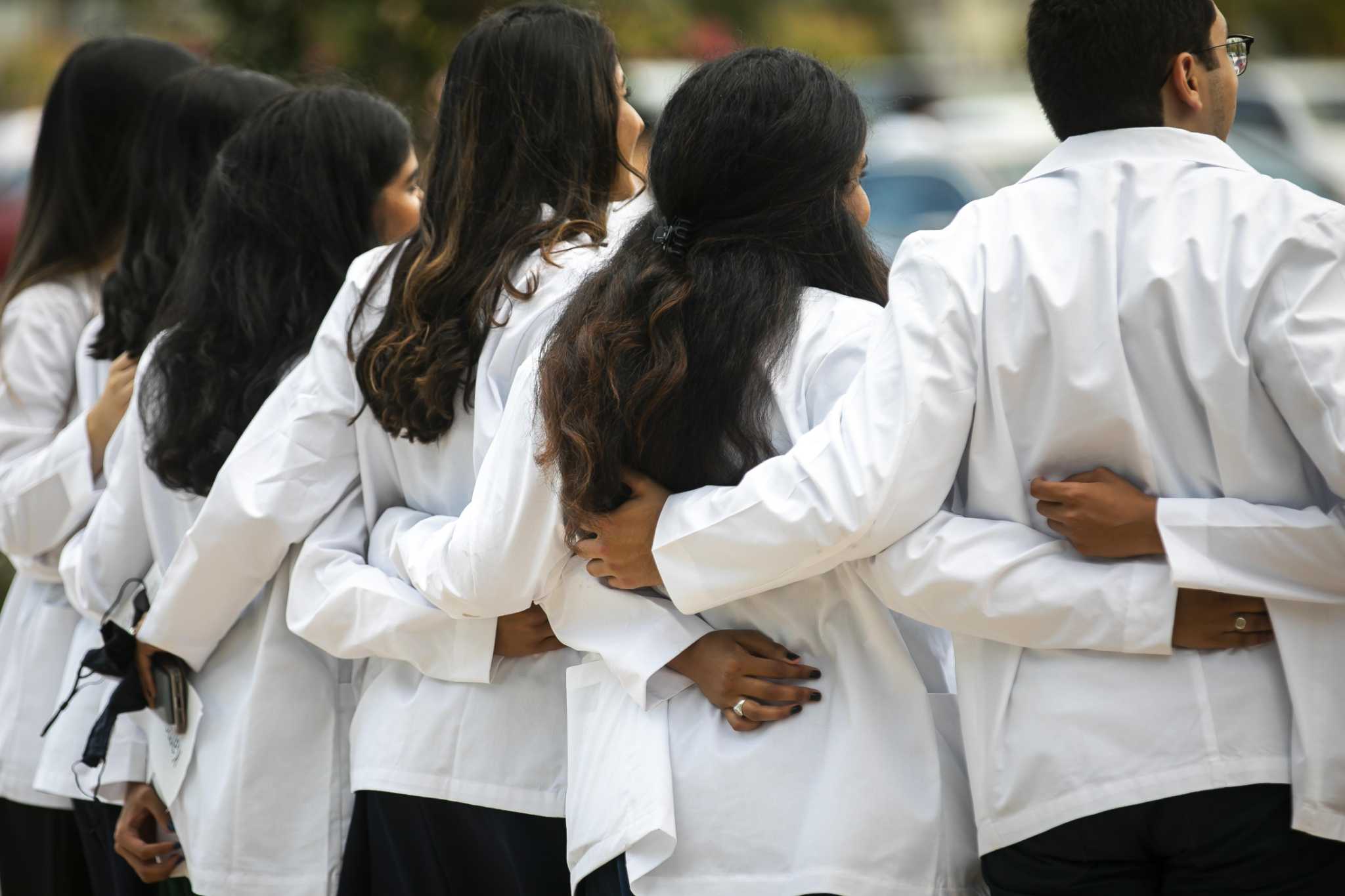 Baylor College of Medicine didn’t intend for its new-student orientation to become a case study in breakthrough infections.

In retrospect, the photographed smiles and cheery video on Baylor’s Facebook page, look ominous. On Monday, July 26, around 200 people — mainly first-year medical students wearing hot-pink theme-weekend T-shirts — gathered inside a Baylor building and loaded plates from a breakfast buffet. They weren’t socially distanced, and in the photos, the only masks visible are in people’s hands or dangle from their wrists.

But why should the affair have been any different? It was Monday, July 26, and according to the Centers for Disease Control and Prevention’s guidelines at the time, it was safe for groups of vaccinated people to gather unmasked.

COVID Help Desk: I’m fully vaccinated and just tested positive. What should I do?

Baylor requires its students to be vaccinated, and 97 percent of the 189-member Class of 2025 were not merely vaccinated but fully vaccinated — a statistic unlikely to be equaled by many other groups in Texas. They were a young, healthy crowd. If it was safe for any large group to gather indoors unmasked, it should have been safe for this one.

As instructed, the first-years did mask up to ride limousine buses two hours north, to the Retreat at Artesian Lakes in the Piney Woods. But after they arrived, they milled about mask-free, playing getting-to-know you games. They ate meals together inside the dining hall, and spent much of their time sitting close together outdoors in small groups. They bunked in the property’s cabins.

On Tuesday, the limo buses carried them back to Houston.

Notably, that was also the day that the CDC changed its recommendation about vaccinated people and masking. An outbreak in Provincetown, Mass., documented by citizen scientists, had shown that delta was different from the variants that had come before. Delta, it turned out, can be passed from vaccinated person to vaccinated person.

That announcement, of course, came too late for the first-years.

In the following days, some of the students began to feel sick.

By the end of the first week of August, 11 of the first-years — six percent of the class — had tested positive for COVID.

In the Provincetown outbreak, three-fourths of the people infected were fully vaccinated. The good news was that their vaccinations clearly protected them — they were far less likely than unvaccinated people infected with delta to become so sick they needed to be hospitalized, or to die.

The bad news was that the vaccinated didn’t escape scot-free and asymptomatic: 79 percent of the people with those Provincetown breakthrough infections experienced symptoms — coughs, fevers, fatigue, muscle aches, loss of taste and smell.

Something similar appears to have been the case at Baylor. Soon after the orientation, students began reporting the familiar flu-like symptoms to the medical school’s administration. One first-year student said they knew of “several” people who were sick, not just asymptomatic. (Anxious not to jeopardize a budding medical career, the student asked to remain anonymous.)

More from Lisa Gray: Hotez: As schools reopen, Houston will ‘pay the price’ for not doing more with masks, vaccines

That student is alarmed that the school didn’t send a mass email immediately, after the first indication that students at the orientation had been exposed: “There was radio silence for a couple of days.”

On Saturday, July 31, two members of Baylor’s student-affairs staff emailed the first-years and upper classmen who had attended the retreat: “There has been a potential COVID exposure,” they warned.

As sick and exposed students quarantined, Baylor canceled the first week of in-person classes. Family and friends were disinvited to the Aug. 13 white-coat ceremony, in which first-years take an oath and receive their doctor’s garb. Many students were angry, said the first-year: They wanted their loved ones to be present.

“Baylor followed the CDC guidelines,” said Jennifer Christner, dean of Baylor College of Medicine. The cluster of cases — she doesn’t call it an outbreak — was contained.

But given what Texas educational institutions are up against, the cluster at Baylor College of Medicine may be a best-case scenario. Consider that while the delta variant is filling Texas ERs and ICUS, Texas colleges and K-12 schools begin in-person classes this month. Remember that a patchwork of mask rules applies, with some schools not requiring them. That students under age 12 are ineligible to be vaccinated, and that less than a third of adolescents are vaccinated, and far less than half of college-aged people.

If six percent of students were infected in two days, in a group that’s 97 percent fully vaccinated and who follow medical advice, imagine what could happen somewhere else.

None of the Baylor students were hospitalized. None died. None, so far as is known, infected a fragile family member or an unvaccinated friend. The school took measures, and the chain of infections stopped.

In the grim era of the delta variant, that counts as a happy ending.