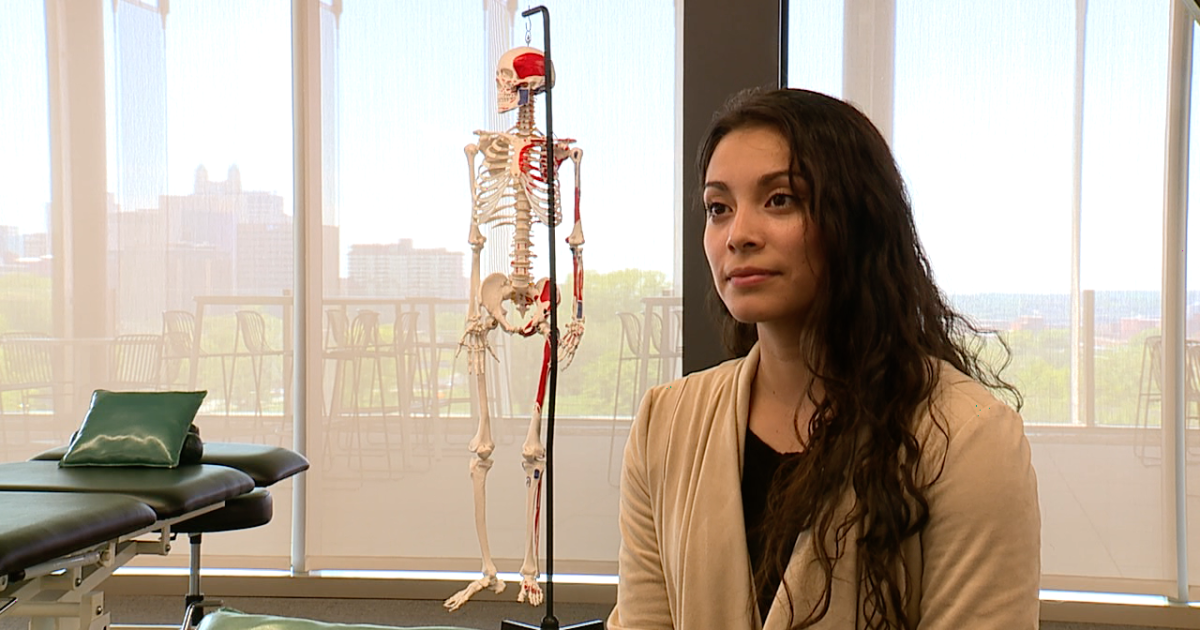 KANSAS CITY, Mo. — Kansas City University student Paola Candia is on her way to becoming a doctor, but that’s a title she still is wrapping her mind around.

“You know, it’s kind of hard for me to say that just because, like, I honestly still don’t feel deserving to be here,” Candia said. “And I like to think that, you know, it’s all because of my mom.”

Her mother emigrated from Nicaragua and inspired Candia to pursue a career in medicine when she was six years old.

“I saw her come home with headaches with muscle aches, pains all over, and she would ask me, ‘Hey, can you massage my head? Can you play with my hair? Can you give me a massage on my shoulder?'” Candia said. “So I do that for her. And when I would do that, it would alleviate her pain.”

Now, years later, Candia is among more than 350 students for KCU’s graduation ceremony. After putting in years of classes, the men and women will now join the front lines at hospitals and clinics.

And it’s a career more people are choosing – including those who typically aren’t represented in the medical field.

Medical school applications are up 18%, for the fall semester according to the Association of American Medical Colleges. Some schools have even seen that number jump to 30%.

Growing up, Candia loved science classes and would cold call doctor’s offices trying to shadow them – she didn’t have much luck until she majored in biology at Emporia State University.

While studying, she worked two jobs and founded the first sorority for Latina students.

Once she graduated, she attended KCU for her master’s degree, then enrolled in medical school.

“In medicine, you don’t see people, you know, that look like me and it’s uncomfortable it kind of makes you question yourself,” Candia said.

Two years ago, Candia helped create the local chapter of the Student National Medical Association. In doing, so she brought speakers and cultural events on campus during Hispanic Heritage Month.

“People don’t pursue a career in S.T.E.M or in medicine is [because] that they don’t see enough people like [themselves],” Gretchen Lopez-Hernandez, KCU assistant professor of physiology, said. “So they see this as a profession that it’s outside the area of their possibilities.”

Candia said hopes to use her life experiences to help future patients as a family physician.

She’ll head to Portland in the coming days to continue her journey.

“I wanted to make sure I become the best physician I could become for the population that I want to serve,” Candia said. “So yeah, I’m going miss my mom quite a bit, but I think it’ll be worth it in the end.”

KCU offers diversity scholarships as part of intentional recruitment of Latino and other underrepresented students for all KCU’s programs.