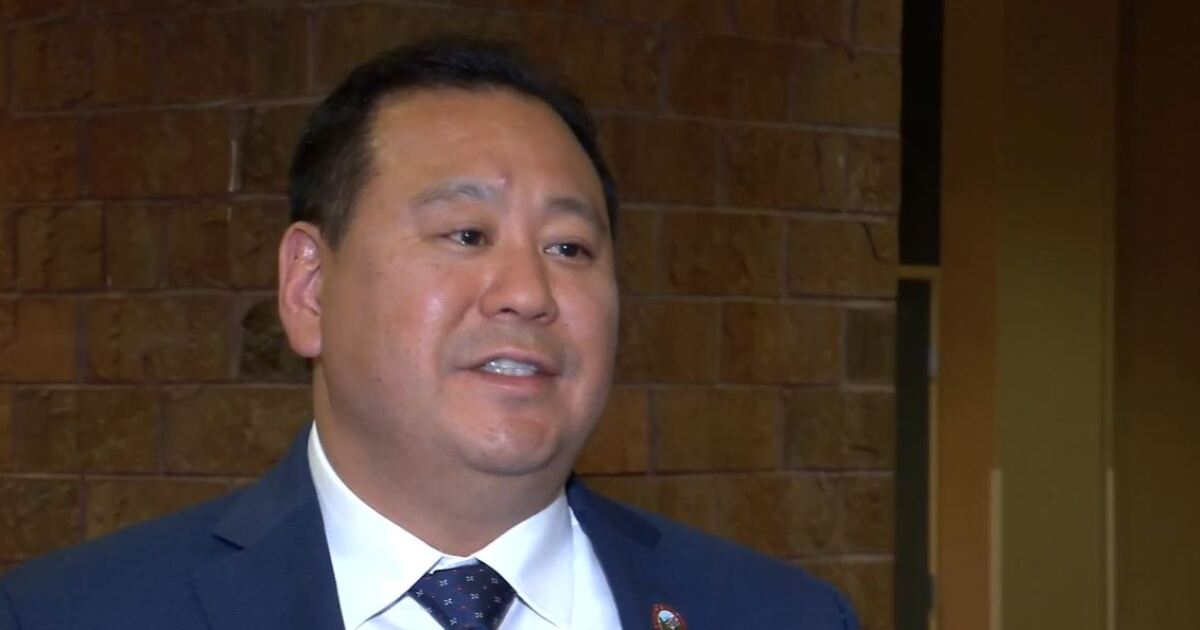 As it turned out, it was between Casper, Wyoming, and Billings for the location of Rocky Vista University’s newest campus. Billings prevailed and is now poised to become the home to Montana’s first medical school.

“Billings is already the premier medical center for the northern Rockies, but this is going to solidify that reputation,” said Mayor Bill Cole. “It’s going to be a great addition for medical care not just in Billings, but in central and eastern Montana and more rural areas in northern Wyoming. This is a game changer.”

Cole was among a group of civic and business leaders from the Billings community who met Friday with Rocky Vista University (RVU) Vice President David J. Park.

Park, who also serves as dean of the new Billings campus, outlined the project’s timeline as it takes shape in west Billings.

“Sixty truck loads of concrete have been poured into the ground already, just to give you the size of the magnitude of this building,” said Park. “We are expecting about 600 more truckloads of concrete to build this 135,000-square-foot, state-of-the-art medical education building.”

The construction timeline for the new Montana College of Osteopathic Medicine sets a December 2022 goal for completion of construction, with an official ribbon-cutting set for July of 2023. The school’s inaugural class of 80 students will be ready to begin clinical rotations in July of 2025.

To staff the school, Park said RVU is looking to hire between 100 to 120 full and part-time employees.

“We are looking to partner and hire people from the communiity who want to partipate in medical education,” explained Park. “We will pay and train them to be professional patients. Our students will have that interaction with them early on, as early as the first year of medical school, to get them comfortable and skilled to have a relationship and a conversation with the patient.”

“In terms of meeting health care needs in rural Montana, and attracting more primary care physicians, this is a perfect fit for Montana,” said Arveschoug. “We know we’ve had this need for years, and it’s becoming more and more acute each year.

“Quite honestly, I think a new medical school is a great addition,” said Ostlund. “The commissioners have been on board from day one. I can’t think of anything that would be a better addition to our community.”

If construction delays or material shortages alter the construction schedule, Rocky Vista has a backup plan. Park said he has been working with MSU-Billings on a contingency plan to provide temporary classroom space if needed.

Rocky Vista’s Billings campus is under construction near the intersection of Shiloh and Monad Roads in west Billings. The site covers 12.8 acres. In addition to the 135,000-square-foot school, the campus footprint will also include parking for more than 400 vehicles.