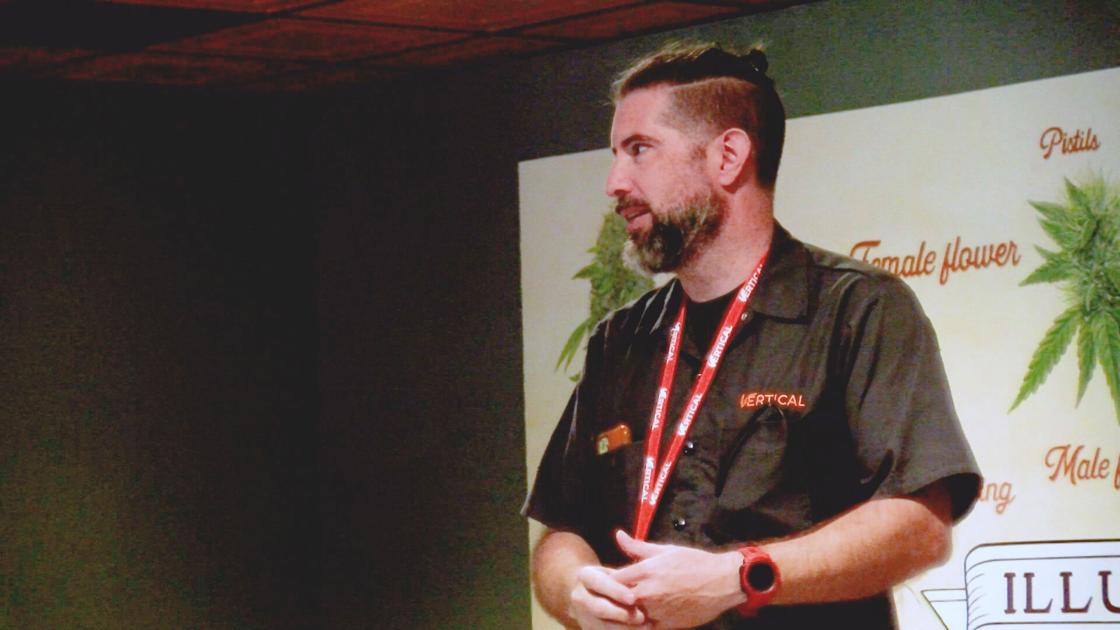 It’s been a two-year process for Vertical Enterprise to officially become the first medical marijuana manufacturer and cultivator in St. Joseph.

Last week was somewhat of a culmination as the company’s dispensary on 908 North Belt Highway was unveiled to only a select group with an official opening July 24.

From constructing a 64,000 square foot manufacturing and cultivation facility from the ground up to having to wait slightly longer than they wanted to open their dispensary location, CEO and President Chris McHugh says he feels privileged to work in this industry.

“I wouldn’t trade it for anything,” said McHugh. “Two years really isn’t that long in the grand scheme of things. There have been people who have been toiling in this industry for 10 years. For me to come in and in two short years really, to be allowed to do this, I just feel lucky.”

In an industry like medical marijuana, McHugh says there’s really no standard playbook. Operating under such particular rules, requirements and regulations, which eventually led to the approval from the state of Missouri to begin operation at their manufacturing and cultivation facility, means that there will be challenges and that’s just part of the game.

“There’s tons of hiccups every day. I think that’s to be expected a bit. From the time that we started thinking about that facility and this [dispensary] facility, I learned to expect that,” McHugh said.

Vertical Enterprise has been operating out of their manufacturing and cultivation facility at 3101 Townesouth Court for roughly two months and have recently begun harvesting plants. Having set foot in the dispensary and less than two weeks until the official opening to the public, McHugh is impressed with the design of the dispensary overall and feels customers will be too.

“It developed as we went, so we had an initial design. As we developed the casework, as we developed the tree, it changed a little bit. In the end, I think we wanted a tasting room feel. We compare ourselves to vineyards and wineries a lot as far as business model,” McHugh said.

Over 120 medical marijuana facilities are approved for operation by the state of Missouri including Vertical who was granted approval in April of 2021.