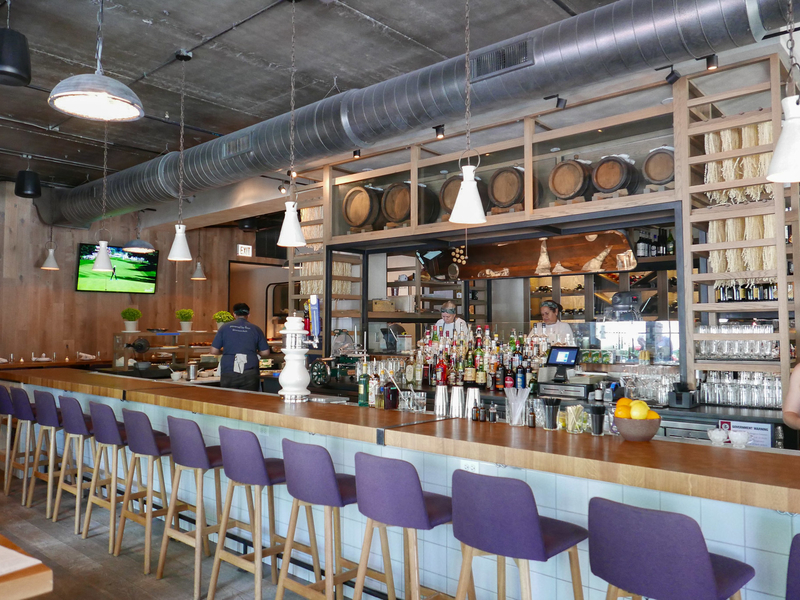 “It’s great that the governor is looking for ways to get businesses back open quicker at a place where people feel safe,” said Scott Weiner, co-owner at Fifty/50 Restaurant Group, which operates 17 restaurants, including Roots Handmade Pizza and West Town Bakery. “I just hope that there’s a way to actually roll it out.”

There is no universal vaccine passport being distributed in the United States, and some worry about patrons fabricating vaccine records. There’s also a concern establishments could violate privacy laws in requesting health care information.

“I am in certainly no position to look at somebody’s medical records in order to give them meatballs,” she said. “The sentiment is nice, but I just think the execution is a huge violation of patient privacy.”

Then there’s the question of fluctuating occupancy levels—who would monitor the vaccination status of those entering and exiting a venue, an eatery or a gym? Many businesses operating under reduced capacity are also running with reduced staff, and can’t spare the staff for such accounting.

Singh also worries it would open a can of worms on rolling back other COVID regulations. If patrons are vaccinated, would they try to slip by mask mandates? Training staffers to identify proof of vaccine would also take time and resources.

“There’s a lot of uncharted territory here,” she said.

“It would be tricky, for sure,” said Meg Sahs, co-owner of Monteverde in the West Loop. But for her restaurant, she said, it would be worth the logistical hassle.

The Italian restaurant has been closed to diners since December, and plans to reopen its patio and indoor dining—at the city’s mandated 50 percent capacity—on April 8. Adding even a few more people per evening would bring in more revenue, and “anything helps,” she said.

Restaurants could use reservation systems to collect information on whether a patron is vaccinated, and monitor fluctuating occupancy that way. But there would be no way to prove patrons’ status until they arrive for their meal.

That would make the process hard to execute, said Kyle Papperrell, director of operations at Boka Restaurant Group, Duck Duck Goat, Momotaro and others. If a customer arrives, and it turns out they can’t prove they were vaccinated, can you turn them away?

Many restaurant operators, who have spent the last year maneuvering ever-changing regulations and investing in COVID safety measures, also wonder how the state would enforce occupancy limits under the new provision.

The biggest question mark is whether Chicago will follow the state’s lead in implementing the provision. The city issued a statement saying it’s evaluating Gov. J.B. Pritzker’s revised reopening plan and expects to release updated guidelines early next week.

If the city does follow the state rules, restaurants, venues and other businesses that hold private events would also likely benefit from this new provision, said Sam Toia, president and CEO of the Illinois Restaurant Association.

Currently, state regulations do not cap indoor dining occupancy, other than requiring 6 feet of social distance. Indoor events, however, are capped at the lesser of 50 people or 50 percent capacity.

Owners of some Chicago music venues, gyms and restaurants said it’s too early to worry about whether people are vaccinated or not. For many of them, operating under current capacity limits, social distancing standards and masks rules are plenty to think about.

General-admission music venues, where concert-goers arrive early to get closer to the stage and stand shoulder-to-shoulder in the crowd, likely won’t be able to reopen until social distancing requirements are gone. The vaccination status of patrons, therefore, is moot, said Robert Gomez, owner of Wicker Park music venue Subterranean and Roscoe Village restaurant and venue Beat Kitchen.

Under Pritzker’s updated reopening plan, capacity limits will be removed altogether once 50 percent of Illinois residents age 16 and up are vaccinated. The general population will be eligible for vaccines starting April 12. A Pritzker spokeswoman did not respond to a request for additional comment.