For Surprise Medical Bills, It’s the Beginning of the End 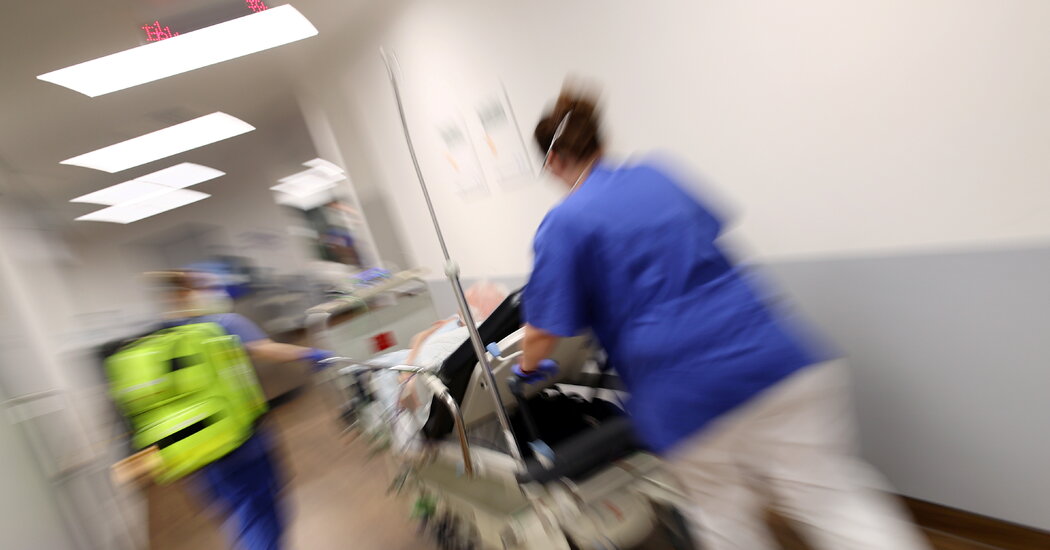 The Biden administration is expected to take its first steps Thursday toward finalizing the details of a ban on surprise medical bills that Congress passed and President Trump signed into law last winter. Some experts see the policy as the most important consumer protection in health care to come out of Washington in more than a decade.

Surprise medical bills happen when a doctor or other provider who isn’t in a patient’s insurance network is unexpectedly involved in a patient’s care. Patients may go to a hospital that accepts their insurance, for example, but get treatment from emergency room physicians or anesthesiologists who don’t — and who then send patients big bills directly.

Surprise billing had been widely seen, by academics and legislators, as one of the most exasperating common practices in medicine. Millions of Americans receive these type of bills each year, with as many as one in five emergency room visits resulting in such a charge. The new law effectively bans the practice.

“This law represents the single greatest patient protection since Obamacare,” said Adam Buckalew, who worked as a Republican staffer on the committees that wrote the bill in both the House and the Senate. “And it’s solidly bipartisan.” Mr. Buckalew, now a consultant, is advising some health insurance groups that care about the details of the regulation.

Outlawing surprise medical bills was the rare health policy that garnered widespread and bipartisan support on Capitol Hill. Legislators were spurred on by numerous stories of patients who faced thousands of dollars in debt for bills they never could have prevented. A Texas man, for example, faced a $7,924 bill from an out-of-network oral surgeon who performed an emergency operation at an in-network hospital.

Even so, it took years to pass legislation, as well-funded interests lobbied intensely against the reforms — including millions of dollars spent on television advertising. Some private-equity-owned physician groups came to rely on surprise billing as a business model, and they generally opposed congressional reform efforts.

Congress passed the surprise billing ban in a December 2020 legislative package, which requires out-of-network hospitals and doctors as well as insurers to sort out a fair price for medical care instead of charging patients. The law covers hospitals, doctors and nearly all health care providers except for ground ambulances, which were left out of the legislation and are likely to remain a major source of surprise bills.

Passage of the ban set off another aggressive lobbying effort over how exactly billing conflicts between providers and insurers will be resolved when the law takes effect in 2022. The same actors that made their case to Congress are now equally engaged in a behind-the-scenes effort to nudge the regulations in a more favorable direction.

“The lobbying is very much still going on,” said Loren Adler, an associate director of the U.S.C.-Brookings Schaeffer Initiative for Health Policy, whose research on the issue was influential among lawmakers.

On Thursday, federal officials are expected to begin completing the particulars of how that legislative plan will translate to action, by publishing the first major regulation interpreting it. The law establishes a system for calculating a benchmark payment and a way for insurers and health providers to appeal to a neutral arbiter when they feel that amount is not appropriate.

The rule expected Thursday is not the last that will need to be published before the end of the year, but it will most likely settle several contentious issues.

Among the more important and contested provisions is a detailed definition of the “fair” price that arbiters should consider as a baseline for deciding how much the insurance plan typically owes the hospital or doctor. This will be a key figure because it will determine how much the patients owe — they are still responsible for paying the out-of-network doctor their normal co-payment or deductible amount — and what reimbursement the provider will net.

Other thorny issues being addressed in the Thursday rule include how providers must inform patients that they do not participate in their insurance network, along with the framework for a new federal complaint system. The notification rules in the law represent a new form of transparency — doctors and hospitals will need to warn patients if any of their care isn’t covered by insurance.

The complaint system will manage submissions from patients who believe their hospital or doctor is sending bills that are illegal under the new law. The law provides $500 million in funding for that new system, and gives the federal government authority to assess fines as high as $10,000 per billing violation.

Some consumer advocates worry that providers may continue billing patients in violation of the law without stringent enforcement, and will be on the lookout for rules that robustly enforce the new protections.

Subsequent rounds of regulation will provide more detail about how the arbitration process will work, and what factors the neutral arbiter can or can’t consider in deciding the right price for a medical service. Another rule is expected to deal specifically with air ambulances, which are regulated under the new law and tend to generate some of the most expensive surprise medical bills.