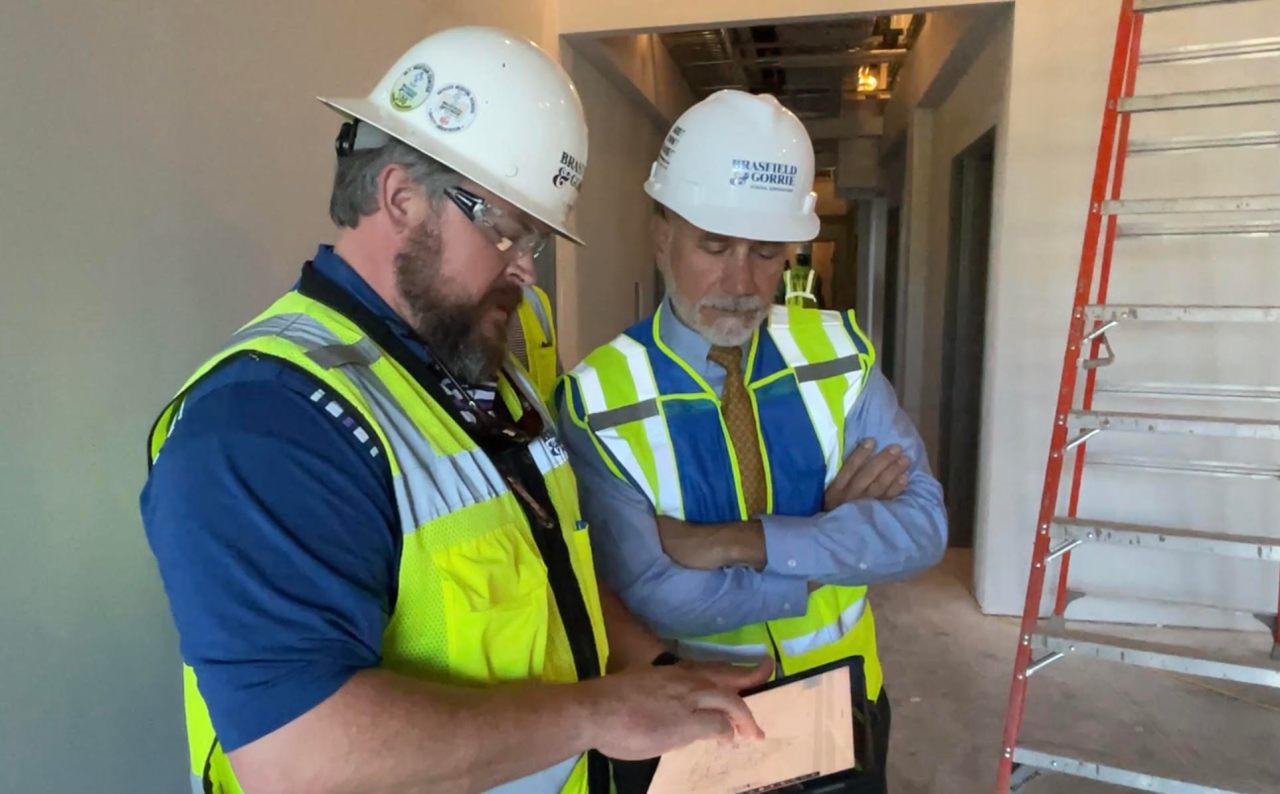 COLUMBUS, Ga. (WRBL) — Before the end of the year Columbus’ new riverfront medical school will be finished.

WRBL News 3 was the first to break the story of Mercer locating a med school here and we are the first take you inside the building still under construction.

That campus is under construction along the Chattahoochee River just north of the TSYS campus and south of the new City Mills Hotel under renovation.

Dr. Maurice Solis doesn’t mince words when talking about the Med School he will lead. As he walked me through it, he was quite proud.

“I am thinking it is going to be the nicest medical school in Georgia,” Solis said. “And I have no doubts that’s going to be true.”

That is lofty praise for the $35.4 million project. The school was originally announced almost two years ago as a $12 million project in a renovated building on Sixth Avenue. With the support of Columbus investors, TSYS, the state of Georgia and Macon-based Mercer University, it has grown into a what promises to be a spectacular downtown jewel.

Solis, a vascular surgeon who is now practicing in Columbus, will be the dean of the Columbus campus.

“The technology that is going to be in this building for student education and for research is going to be top of the line,” Solis said. “The site itself, right on the banks of the Chattahoochee River is fantastic.”

Brasfield & Gorrie is constructing the campus. And it’s the seventh riverfront project Brasfield & Gorrie has touched in the last decade. Others include the recently complete Hotel Indigo at the 14th Street pedestrian bridge and the Rapids, a high-end downtown apartment complex.

Wes Kelley is the Brasfield & Gorrie vice president and division manager in Columbus,

“We will probably wrap up the skin here in the next few months,” he said Wednesday morning during an exclusive News 3 tour. “Then we will turn our attention to the inside to get the building finished and punched out by December 1st.”

Thirty first-year med students will be here in the fall waiting to move into the new campus second semester.

Over the next five years, enrollment will reach 240 students with 70 to 80 faculty and staff members with a nearly $8 million annual payroll.

“A medical school can be transformative for a town,” Solis said. “We have a chance to recruit physicians for the healthcare of the community. Improve education by our relationship with CSU, research. The impact of the $7-8 million payroll and an operating budget of $20 million.”

The new City Mills hotel is just north of the Mercer campus. And its operating on a similar timeline.