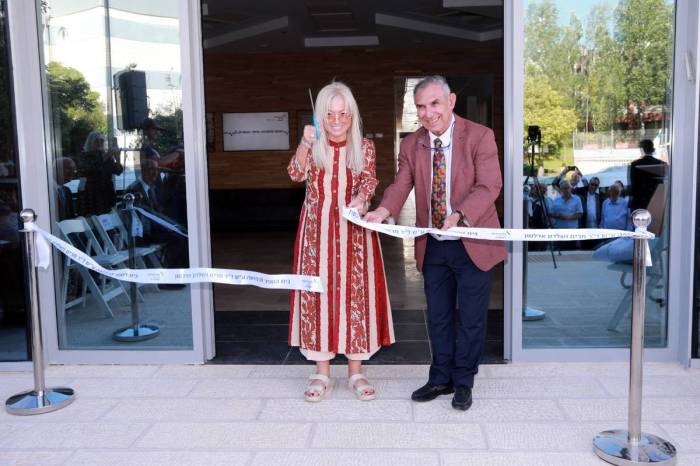 ARIEL, West Bank — Las Vegas philanthropist and medical researcher Dr. Miriam Adelson on Tuesday commemorated the opening of a medical school at Ariel University named after her and her late husband.

University President Yehuda Shoenfeld helped her cut the ribbon at the doors of the Dr. Miriam and Mr. Sheldon G. Adelson School of Medicine, calling her one of the public university’s greatest supporters and “invaluable, both in building the medical school and in establishing the up-and-coming medical center” to improve health care in the region.

Rivlin was honored for his lifelong work strengthening the country and the relationships between Israel’s secular and religious and Jewish and Arab communities. Adelson received an honorary degree for her philanthropy promoting medicine, education and higher education in Israel and around the world, and for her work as a physician and researcher who developed new methods for treating drug addiction and withdrawal.

The Review-Journal is owned by the family of Dr. Miriam Adelson.