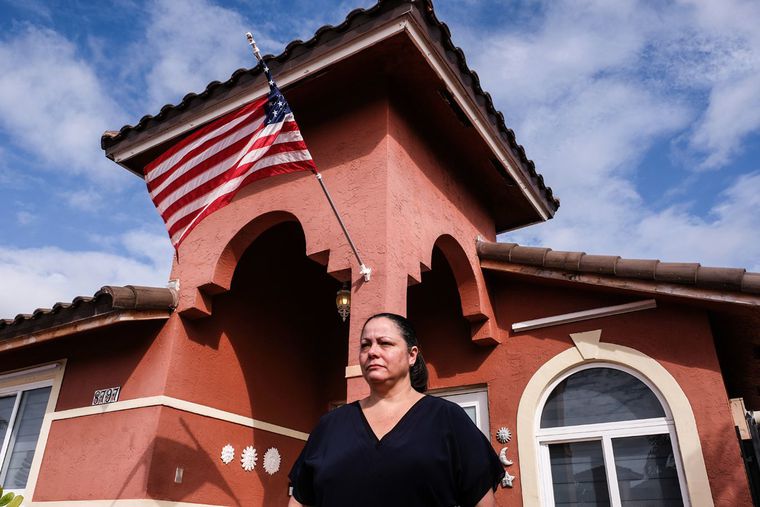 Kingsley R. Chin was little more than a decade out of Harvard Medical School when sales of his spine surgical implants jumped.

Chin has patented more than 40 pieces of such hardware, including titanium screws and other products used to repair spines — generating $100 million for his company SpineFrontier, according to government officials.

Yet SpineFrontier’s success arose not from the quality of its goods, these officials say, but because it paid kickbacks to surgeons who agreed to implant the devices in hundreds of patients.

In March 2020, the U.S. Department of Justice accused Chin and SpineFrontier of illegally funneling more than $8 million to nearly three dozen spine surgeons through what it termed “sham consulting fees.” Chin had no comment on the civil suit, one of more than a dozen he has faced as a spine surgeon and businessman.

Medical industry payments to orthopedists and neurosurgeons who operate on the spine have risen sharply, despite government accusations that some of these transactions may violate federal anti-kickback laws, drive up health care spending and put patients at risk of serious harm, a Kaiser Health News investigation has found. These payments come in various forms, from royalties for helping to design implants to speakers’ fees for promoting devices at medical meetings, according to government data.

Health policy experts and regulators have focused for decades on pharmaceutical companies’ payments to doctors — which research has shown can influence which drugs they prescribe. But far less is known about the impact of similar payments from device companies to surgeons. .

Every year, a torrent of cash and other compensation flows to these surgeons from manufacturers of hardware for spinal implants, artificial knees and hip joints — totaling more than $3.1 billion from August 2013 through the end of 2019, a KHN analysis found. These bone specialists make up two-thirds of U.S. doctors who raked in $1 million or more, from the medical device and drug industries last year, data show.

“It is simply so much money that it is staggering,” said Eugene Carragee, a professor of orthopedic surgery at the Stanford University Medical Center and critic of the medical device industry’s influence.

Device makers say the long-established practice leads to higher-quality, safer products. But industry whistleblowers and government investigators say all that money changing hands can corrupt medical judgment and tempt surgeons to perform unnecessary operations. In ongoing lawsuits, patients say they have suffered life-altering injuries from spinal hardware that snapped apart or live with disabilities they blame on defective knee or hip implants.

The case of Chin’s company, SpineFrontier, is among more than 100 federal fraud and whistleblower actions, filed or settled mostly in the last decade, that accuse implant surgeons of taking illegal compensation from device makers. In some cases, device makers have paid hundreds of millions of dollars in fines to wrangle out of trouble, often without admitting any wrongdoing.

Court pleadings examined by KHN identified more than 700 surgeons who have taken money, including dozens who pocketed millions in royalties or other compensation from 2013 through 2019.

Court filings identified 35 spine surgeons who used SpineFrontier’s surgical gear, some for years. At least six of those surgeons have admitted wrongdoing and paid a total of $3.3 million in penalties.

Chin, 57, who lives in Fort Lauderdale, Fla., and owns SpineFrontier through his investment company, declined to comment about the DOJ lawsuit or the consulting agreements.

“There is a court date [for the DOJ case] as ordered by a judge,” Chin said by email. “If we get to that point the facts of the case will be litigated.”

The nation’s outlay for spine surgery to treat back pain, or to replace worn-out knees and hips, tops $20 billion a year, according to one industry report.

The competition for sales of orthopedic devices is fierce: About 250 companies offer a dizzying array of products. Industry critics blame the Food and Drug Administration, which allows manufacturers to roll out new hardware that is substantially equivalent to what already is sold — though it often is marketed as more durable, or otherwise better for patients.

James Rickert, a spine surgeon and head of the Society for Patient Centered Orthopedics, an advocacy group, said most of the products are “essentially the same,” adding: “These are not technical instruments; [it’s often] just a screw.”

Hospitals can end up charging patients $20,000 or more for the materials, though they pay much less for them. Spine surgeons — who make upward of $500,000 a year — bill separately.

Which equipment hospitals choose may fall to the preference of surgeons, who are wooed by manufacturing sales reps.

Whistleblower cases filed under the federal False Claims Act allege a startling array of schemes to influence surgeons, including compensating them for joining a medical society created and financed by a device company. In other cases, companies bought billboard space to promote medical practitioners, hired surgeons’ relatives, paid for hunting trips — even mailed checks to their homes.

Orthopedic and neurosurgeons collected more than half a billion dollars in industry consulting fees from 2013 through 2019, federal payment records show.

These gigs are legal so long as they involve professional work done at fair market value. But they have drawn fire as far back as 2007, when four manufacturers that dominated the hip and knee implant market agreed to pay $311 million to settle charges of violating anti-kickback laws through consulting deals.

KHN found at least 20 whistleblower suits, some settled, others pending, that have since accused device makers of camouflaging kickbacks as consulting work.

SpineFrontier received “the vast majority” of its sales, more than $100 million worth, from surgeons who were compensated, the Justice Department alleges. Often, they were paid by way of a “sham” company run by Chin’s wife, Vanessa, from a mail drop in Fort Lauderdale, according to the Justice Department. Vanessa Dudley Chin, a defendant in the DOJ civil case, had no comment.

SpineFrontier’s management thought paying doctors was “the only reliable way to steadily increase its market share and stave off competition,” Charles Birchall, a former business associate of Chin’s, alleged in a whistleblower complaint.

While the payments have piled up for doctors, so have injuries for patients, according to lawsuits against device makers and whistleblower testimony.

Orthopedic surgeon-turned-whistleblower Manuel Fuentes is suing his former employer, Florida device maker Exactech, alleging it offered “phony” consulting deals to surgeons who had complained about defects in one of its knee implants.

Lawyer Thomas Beimers, who represents Exactech in the case, said the company “emphatically denies the allegations.”

In Maryland, spine surgeon Randy F. Davis faces a lawsuit filed in early 2020 by 14 former patients who claim he implanted counterfeit hardware from a device distributor that had paid him hundreds of thousands of dollars in consulting fees and other compensation.

Davis and his lawyer didn’t respond to repeated requests for comment. The lawsuit is pending in Anne Arundel County state court.

Surgeons are free to implant devices they helped bring to market or promoted, though doing so can prompt criticism when injuries or defects occur.

That happened when three patients filed lawsuits in 2018 against Arthrex, a Florida device company. The patients argued that they were forced to undergo repeat operations to replace defective Arthrex knee devices implanted by Allentown-area orthopedic surgeon Thomas Meade.

Meade was not a defendant in the cases. But the patients accused him of misleading them about the product’s safety and a recall. One patient alleged that Arthrex had paid Meade more than $250,000 for work that included “promotional speaking, travel, lodging, and consulting.”

The cases were settled in 2020. Meade did not respond to requests for comment.

Chin’s dual roles as SpineFrontier’s CEO and user of its hardware was called a “huge” conflict of interest by a judge in a pending malpractice case filed against him and the company in South Florida.

In that case, Miami resident Patrick Chapoteau alleges that a Chin-designed screw implanted to stabilize Chapoteau’s spine broke in half, causing him pain and disabling injuries.

Joseph Wooten, a former Chin patient and Florida power company employee, alleged in a 2014 lawsuit that Chin had 15 previous malpractice claims that had ended in more than $8 million in settlements, an assertion Chin’s lawyers disputed.

“He never told me of his bad record injuring people,” Wooten, 64, wrote in a court filing. He said the surgery caused “debilitating and life-altering injuries.” The case has since been settled.

KHN reviewed court pleadings in nine settled malpractice cases in Philadelphia, where Chin served on the faculty of the University of Pennsylvania Medical School from 2003 to 2007, and six in South Florida filed since 2012. Details of the settlements are confidential. In all the cases and settlements, Chin has denied negligence.

In her lawsuit pending against Chin in South Florida, Nancy Lazo of Hialeah Gardens, Fla., said she slipped and tumbled down the stairs outside her Miami office, landing on her back and arm. When the pain would not go away, she turned to Chin and had two operations, in 2014 and 2015. Her lawyers allege that a SpineFrontier screw Chin implanted in her spine in the second procedure caused nerve damage. Lazo, 51, said she remains in “constant” pain. The case is pending.

Concerns that industry payments can corrupt medical practice have been aired repeatedly at congressional hearings, in media exposés and in federal investigations. The recurring scandals led Congress to require that device makers and pharmaceutical companies report the payments to a government-run website called Open Payments. A recent study by University of Pennsylvania researchers found payments by device makers exceeded those of pharmaceutical companies by a wide margin.

Both the North American Spine Society and the American Academy of Orthopaedic Surgeons told KHN that close ties with the industry lead to the design of safer and better implants. “These interactions are really essential for good outcomes in patient care,” said Joshua J. Jacobs, who chairs the orthopedic surgery department at Rush University Medical Center in Chicago and the AAOS’ ethics committee.

Although more than 600,000 American doctors lap up industry largesse, most do so through small payments that cover the cost of food and travel to industry-sponsored events. When it comes to big money, however, orthopedists and neurosurgeons dominate, collecting 25% of the total — even though they represent only 5% of the doctors accepting payments, according to the KHN analysis of Open Payments data.

KHN identified four spinal device makers — including SpineFrontier — that have been accused in whistleblower cases of scheming to hide consulting payments from the government.

Responding to written questions, a spokesperson for the Centers for Medicare & Medicaid Services said the agency “has multiple formal compliance actions pending which it is unable to discuss further.”

But penalties for paying, or accepting, kickbacks often are small compared with the profits they can generate.

“Some people would say if you penalize companies enough, they won’t be making these offers,” said Genevieve Kanter, an assistant professor at the University of Pennsylvania Perelman School of Medicine. She said small fines may be chalked up to the “cost of doing business.”

Kaiser Health News is a nonprofit news service covering health issues. It is an editorially independent program of Kaiser Family Foundation that is not affiliated with Kaiser Permanente.