Dayton presents keys to city to public health officials: ‘You saved the city’

The keys were awarded during the city commission’s first in-person meeting in about 15 months.

This honor was well deserved because of their “amazing” public service, commitment to data and science and all of the advice they provided city leadership during a once-in-a-century emergency, Whaley said. 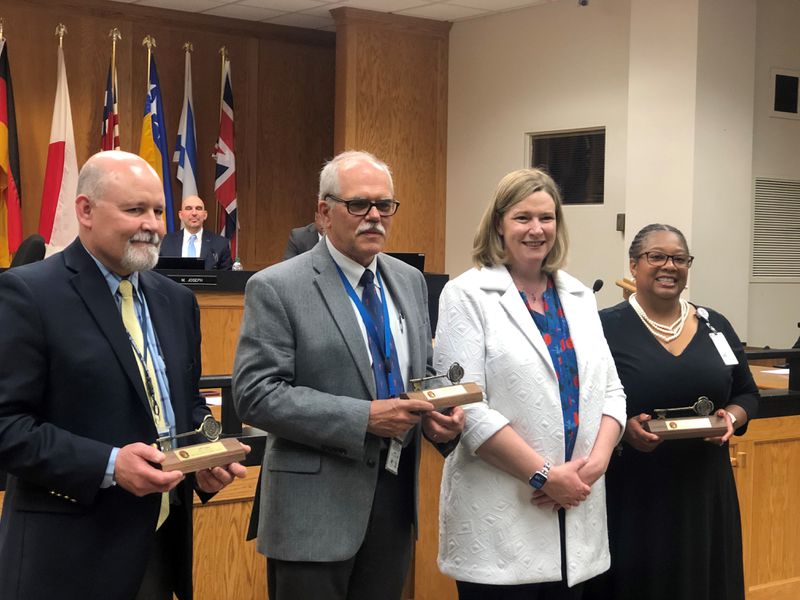 Public health was an important source of accurate and scientific information during a time of misinformation, said Dayton City Commissioner Matt Joseph.

“Your staff did an excellent, incredible job throughout this time,” he said.

Communication was key during the crisis, and public health provided crucial guidance to the city about how to share information and what kind of information to share, said Dayton City Manager Shelley Dickstein.

Whaley previously gave Keys to the City to a few longtime city officials and staff when they retired or resigned. She also gave a Key to the City to author David McCullough, who wrote a the book “The Wright Brothers.”