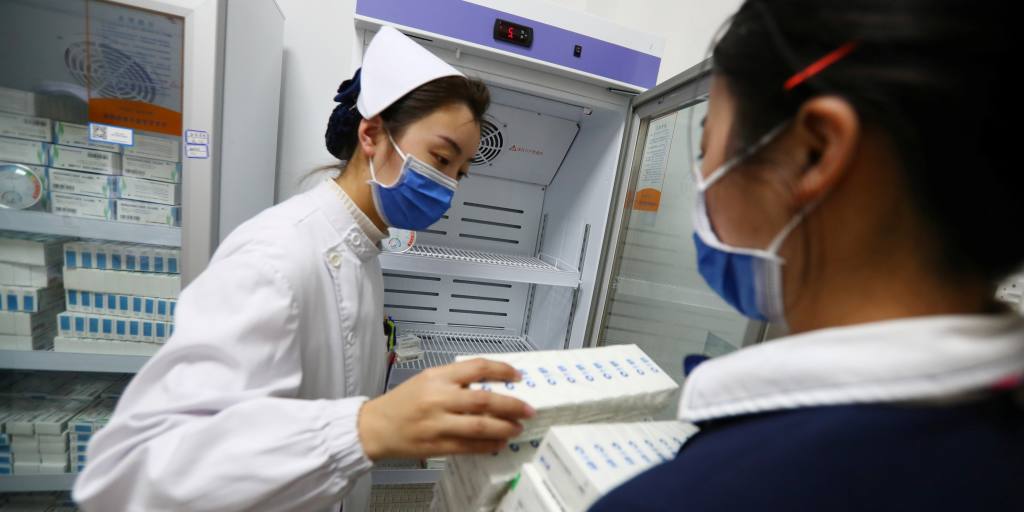 HONG KONG — Meihua International Medical Technologies is seeking to become the first Chinese company to undertake an initial public offering in the U.S. since regulators in both Beijing and Washington clamped down on such listings last month.

The Yangzhou-based medical device maker filed a preliminary prospectus with the U.S. Securities and Exchange Commission this week, aiming to raise as much as $69 million through an offering on the Nasdaq Stock Market.

This follows moves by a string of Chinese companies, including medical data group LinkDoc Technology and bike sharing operator Hello, both backed by Alibaba Group Holding, as well as podcast platform Ximalaya, to call off their U.S. IPO plans in recent weeks.

The IPO market froze amid trading volatility and a regulatory onslaught touched off by annoyance in Beijing over ride-hailing operator Didi Global’s $4.4 billion New York IPO on the eve of the Chinese Communist Party’s July 1 centennial celebration. Since then, the Nasdaq Golden Dragon China Index, which tracks Chinese stocks listed in New York, has fallen 8.3%.

Amid concerns about data security in the wake of Didi’s New York IPO, Beijing brought a halt to what had been shaping up as a record year for Chinese listings in the U.S., ruling that almost all technology companies listing offshore would need approval from the country’s cybersecurity regulator. A subsequent edict forbade foreign investment in educational companies, previously a popular sector for U.S. listings.

With Didi and other Chinese companies tumbling in New York, the SEC came out with its own framework requiring Chinese IPO aspirants to fully explain their legal structure and spell out any risk of Beijing interfering in their business.

Meihua’s application thus gives a glimpse of the type of Chinese company that may still be able to tap the world’s largest capital market for funding despite the new restrictions. The company, which has all its assets in China and sells its medical devices, such as testing kits and bandages, to hospitals in China and 30 other countries, did not mention Beijing’s new crackdown in its prospectus.

The manufacturer plans to use its IPO proceeds for research and development, investment in new equipment and for acquisitions. Its revenues rose 11.8% to $89 million last year, as it posted net income of $19 million, up from $15.4 million a year earlier.

Meihua will now hold investor meetings to gauge demand and set pricing for its share sale before taking subscriptions.

Chinese companies risk eviction from U.S. exchanges by 2023 if American regulators are not permitted to review their audit records under a law passed last year. Beijing forbids such reviews on national security grounds.

President Joe Biden’s administration has also put together a list of 59 companies whose securities U.S. investors are banned from buying or selling, due to their perceived links to the Chinese military or surveillance programs.

Since 1999, several hundred Chinese companies, including Alibaba, have listed in the U.S. to tap its diverse investor base and benchmark themselves against the world’s deepest pool of listed peers. As of May 5, there were 248 Chinese companies listed on U.S. exchanges, with a total market capitalization of $2.1 trillion, according to the U.S.-China Economic and Security Review Commission.