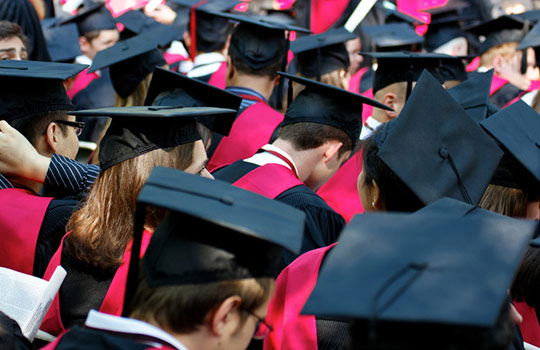 Last year, student debt hit a record $1.7 trillion in the US, and now with the Democrats in control of all three branches of the federal government, increased attention has shifted to how it can be mitigated. In his first day in office, President Biden extended a pause on federal student loan repayment through to September 2021. So far, student loan forgiveness has been absent in Biden’s first proposed budget. But in the coming months, it’s expected that policy makers will consider additional proposals, ranging from $10 000 loan forgiveness per student, to wholesale “cancelling” of all federal student debt. Few professionals could have a higher stake in the outcome of this debate than US medical students and physicians, who leave medical school with debt that averages $200 000.

While physicians are highly paid once they reach a certain level of seniority in their career, many struggle with debt and the burden is not distributed equally. Black medical students, for example, are more likely to anticipate accruing a high debt burden (in excess of $150 000) than their peers from other racial and ethnic groups. Yet they also tend to earn less once they’re physicians, a disparity that is likely partly explained by discrimination in the workplace. One study found that Black male physicians earn 18% less than white male physicians, even after controlling for specialty, hours worked, and patient characteristics. The same study found that female physicians on average earn less than both, with black female physicians earning the least.

These disparities in debt and compensation follow gender as well as racial lines then, even when multiple confounders are controlled for. Across all professions, women hold around two thirds of all US student loan debt. After graduating from medical school, women earn 20% less than men in primary care and 24% less in other specialties. Even across recent decades, gender differences in promotions and appointments have remained stagnant. While data in medicine is sparse, people who identify as LGBTQ (including transgender and gender non-binary students) also carry higher burdens of debt in most professions.

Many medical students put their dreams of pursuing medicine, their desired medical specialty, or practice location on hold because of debt, and that’s before we even consider all the potential doctors who never even make it to medical school. I know that many of my classmates were deterred from applying to study medicine because they were already saddled with undergraduate debt.

Few students enter medical school motivated purely by finances. Yet as students accumulate debt during training, we are forced to confront financial realities that shape our choices. By graduation, two thirds of variation in residency specialty competitiveness is explained by anticipated pay. The weight of student debt therefore not only demands the sacrifice of individual dreams and aspirations, it wreaks a toll on wider communities. Without debt, more students may feel emboldened to pursue careers that are urgently needed by the public yet less lucrative, such as primary care or practicing in a low resource setting. Investments in primary care yield large returns for population health, yet the US per capita supply of primary care physicians is dwindling, partially due to relatively low pay.

Overall, physicians who are female or from ethnic minority communities face greater financial barriers during their training and must work harder after graduation to achieve the same compensation as their white, male peers. Fundamental reforms in medical education are needed to mitigate these disparities, including increased financial aid for students during medical school, with a particular focus on how women, people of color, and LGBTQ students may face unique financial hardships or barriers; increased recruitment and support for underrepresented in medicine (UIM) students at all levels of medical training; and increased transparency and reporting of salary disparities by medical institutions. Expansion of three year curriculums may also be one way to help alleviate student debt. US medical schools have offered such “fast track” curriculums since the 1970s and 1980s, with a growing body of literature on the advantages, and potential challenges, of this approach.

Cancelling student debt is one step to repairing the financial inequities that are rife in medicine and to making it a more inclusive profession. The debts that many physicians are left with harm their mental health and limit their career choices. Physicians and medical organizations should support these efforts to decrease financial inequities in medicine, and, ultimately, to allow health professionals to provide the best possible care to patients—especially in communities who have been poorly served by our healthcare systems.

Christopher Cai is an internal medicine intern at Brigham and Women’s Hospital in Boston, Massachusetts. He tweets at @ChristopherLCai

Competing interests: Christopher Cai served as a paid summer health policy fellow in the office of US Representative Pramila Jayapal. This work was unfunded.