Can this US healthcare litigation company really be worth $33bn?

When John Ruiz invested in an apartment at the luxury waterfront Ritz-Carlton Residences in Miami Beach earlier this year, he encountered the man who would later help to make him a billionaire multiple times over — at least on paper.

The apartment’s co-investor was Ophir Sternberg, a wealthy property developer and founder of Lionheart Capital, who together with the hedge fund Elliott Management had transformed the former heart hospital into a collection of luxurious residences. Villas at the property, designed by the Italian architect Piero Lissoni, enjoy a private marina and sell for as much as $40m each.

It would be the first of several times that Ruiz and Sternberg would do business together, including in May, when they teamed up to purchase Cigarette Racing Team, a luxury power boat company.

For a zero revenue company, this is in a class by itself. The comparables would be the spaceship companies or the flying cars but even they have lower valuations.

But none of those transactions could match the deal they unveiled this week: Sternberg’s special purpose acquisition company intends to take Ruiz’s healthcare litigation business MSP Recovery public with a staggering valuation of almost $33bn.

Even in the hothouse atmosphere of the current Spac boom, where companies with big dreams but little revenue have gone public at incredible valuations, the price tag on the MSP deal stands out.

“For a zero revenue company, this is in a class by itself,” said Michael Klausner, a professor at Stanford Law School who studies Spacs. “The comparables would be the spaceship companies or the flying cars but even they have lower valuations.”

A former member of the elite combat unit in the Israel Defense Forces who turned his hand to buying up real estate, first in New York then in Miami, Sternberg was initially on the hunt for a property technology company to take public. Lionheart Capital raised $230m in August last year and set itself an 18-month deadline to find a deal.

After his serendipitous property transaction with Ruiz, Sternberg changed his mind on finding a target in the property sector and decided to merge with MSP Recovery instead.

MSP Recovery was founded in 2014 by Ruiz, a wealthy Miami-based lawyer with his own Spanish language legal show La Ley TV. The company purchases medical claims from government-funded healthcare programmes such as Medicare and Medicaid, before tasking lawyers with finding cases where the costs should have been borne by another party, such as a car insurer. It then sues to reclaim the full amount.

Lionheart is already listed on the Nasdaq stock exchange and if it consummates its deal with MSP Recovery, the healthcare litigation group will become a public company through a process known as a reverse merger.

The announcement this week that Lionheart Acquisition Corporation II and MSP Recovery had agreed a deal that valued the litigation company at $32.6bn did not attract the kind of publicity normally generated by Spac deals of this size, even though it is the second largest transaction of its kind.

Lionheart has assigned MSP Recovery a valuation that is 10.5 times its projected gross revenue for 2023, based on potentially recoverable claims. A person involved in the transaction called it an “egregiously overvalued” deal while a person with knowledge of Lionheart’s strategy said it was “eye-popping”.

Ruiz disputes these characterisations. “These are false statements . . . and not based on the model that we have built,” he told the Financial Times, adding that the company’s projections were attainable when the size of the market was taken into account. According to MSP Recovery, an estimated 11 per cent of the annual $1.6tn Medicaid and Medicare spend is recoverable.

Some of the executives who worked on the transaction have departed. Three Lionheart Acquisition board members have left since MSP Recovery and the Spac signed a letter of intent in March. Trevor Barran, who was also chief operating officer of the Spac, handed in his resignation on July 4, just days before the deal was announced. Barran did not respond to a request for comment.

The deal is coming together as the US Securities and Exchange Commission has started to take a stronger stance on Spacs by warning them against presenting overly rosy projections and indicating they could be held accountable for any misleading claims about the business.

Meanwhile, market participants have criticised the structure of Spac deals, which often allow insiders to make enormous profits while incentivising executives to strike deals at any cost with little regard for other investors.

Companies such as MSP Recovery buy the claims at a steep discount before pursuing the liable parties for the full amount and sharing the proceeds if the litigations succeeds. The business is not unique and versions of it proliferate in the US.

But Ruiz says he has a secret sauce — algorithms designed by himself and a team of engineers that can scour through medical records to find claims that have erroneously been paid by the government. Effectively, it is these claims and their value upon collection that public shareholders will receive a stake in. The law firm itself will remain a private company.

MSP Recovery, which does not expect to generate any cash this year, projects its gross revenue will jump from almost $1bn next year to $23bn in 2026. Every time MSP Recovery wins a case, the spoils will be shared with the government programmes, who receive 50 per cent, while law firms, including Ruiz’s own of the same name, will get as much as 20 per cent. The remainder goes to the company itself.

For Ruiz, the valuation is, if anything, too low. “My number was much higher than $32.6bn. When we came back with the first models, they were at $50bn,” he said. Ruiz called Sternberg an “astute businessman” who had fought hard to get his investors a good deal.

Other litigation funding specialists have more modest valuations. Burford Capital — itself no stranger to controversy — is perhaps the most prominent player in the sector and currently has a market capitalisation of £1.6bn or just over $2.2bn.

However, in a presentation to investors filed as part of the merger, MSP Recovery contended that its valuation was in line with private equity giants such as Blackstone, KKR and Apollo, which it considered peers because of the long-term nature of their investments.

Unlike most Spac transactions, no other investors are involved in the deal, including private investment in public equity players, or so-called Pipe investors, which have fuelled the blank-cheque boom. Usually those deals involve lengthy negotiations about the combined company’s valuation, giving an implicit stamp of approval to the deal.

Also missing are the bulge-bracket banks that typically work on transactions of this size. Keefe, Bruyette & Woods and Nomura Securities, which is among Lionheart Acquisition’s top shareholders, are listed as financial advisers. The lawyers on the deal are Weil, Gotshal & Manges and DLA Piper, whose chair emeritus Roger Meltzer sits on the Spac’s board. 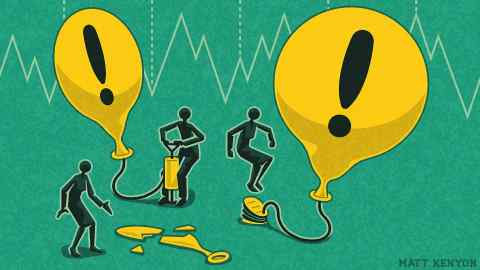 The transaction has generated eye-watering fees, with $70m of the $230m MSP Recovery expects to receive from the Spac going to the advisers. According to Ruiz the fees are justified because “200 or 300 people” worked on the deal over several months.

Sternberg says he has negotiated what he considers to be “an amazing sweetener” for Lionheart shareholders who support the deal rather than redeeming their investment before it is consummated.

Those shareholders who do not redeem will each receive at least 35 warrants, which gives them the option to buy one share of MSP Recovery stock at $11.50 even if the stock price appreciates beyond that level.

In an unusual twist for a deal such as this, MSP Recovery said Ruiz and other executives have agreed to sell shares back to the company for every warrant exercised by investors, instead of the company issuing new shares and diluting shareholders.

Still, whether investors stay or go is immaterial to getting the transaction over the line, according to Sternberg. “The deal is going through regardless,” he said.

If that is the case, Ruiz will add his share of the company — an asset worth more than $20bn upon listing — to his fortune, ranking him as one of the wealthiest Floridians, at least according to one local TV news station.

Sign up here to receive Due Diligence, top stories from the world of corporate finance, sent straight to your inbox every Tuesday to Friday