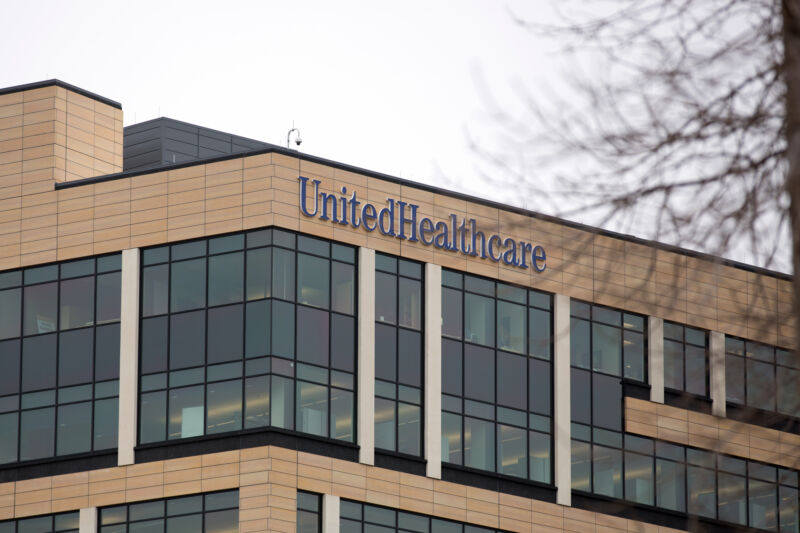 In the future, if one of UHC’s 70 million members submits a claim for an emergency department visit, UHC will carefully review what health problems led to the visit, the “intensity of diagnostic services performed” at the emergency department (ED), and some context for the visit, like the member’s underlying health conditions and outside circumstances. If UHC decides the medical situation didn’t constitute an emergency, it will provide “no coverage or limited coverage,” depending on the member’s specific insurance plan.

Emergency medical doctors and hospitals were quick to rebuke the plan. They say it sets a dangerous precedent of requiring patients to assess their own medical problems before seeking emergency care, which could end up delaying or preventing critical and even life-saving treatment.

The policy was initially set to take effect July 1. But in an email to Ars Thursday, UHC now says it is delaying the rollout amid the criticism—at least until the end of the pandemic.

“Based on feedback from our provider partners and discussions with medical societies, we have decided to delay the implementation of our emergency department policy until at least the end of the national public health emergency period,” a UHC representative told Ars in an email. “We will use this time to continue to educate consumers, customers, and providers on the new policy and help ensure that people visit an appropriate site of service for non-emergency care needs.”

The delay is unlikely to ease critics’ concerns. After the policy was first announced last week, doctors were quick to note that assessing the necessity of emergency care before it’s actually given is nearly impossible. Many serious conditions have symptoms that overlap with non-serious conditions. For instance, chest pain may simply be a symptom of acid reflux or a panic attack, but it could also be a sign of a life-threatening heart attack. A bad headache could just be a bad headache, or it could signal a dangerous brain bleed.

In a 2018 analysis published in JAMA Open Network, researchers found that up to 90 percent of the symptoms that prompted an adult to go to the emergency room overlapped with symptoms of non-urgent conditions, which may be denied coverage in the future. But those same symptoms could also be linked to life-threatening conditions.

That analysis was spurred when the second-largest insurance company, Anthem, instituted a similar policy to UHC’s and began denying ED coverage.

In an accompanying editorial, one of the authors of the analysis—Maria Raven, chief of emergency medicine at the University of California, San Francisco—noted how problematic it is to retroactively evaluate emergency medical care. “My colleagues and I examined whether a patient’s symptoms at presentation to the ED could be labeled reliably as a non-emergency based on the discharge diagnosis—the diagnosis that Anthem is currently using to determine medical necessity,” she wrote. “We found it was impossible.”

As emergency clinicians, we wait until after a workup to assign a discharge diagnosis: this workup is based on a detailed history and often involves blood work, imaging, and multiple hours of observation. That the same presenting symptoms that resulted in some patients going to the intensive care unit and others being denied coverage because the visit was considered unnecessary makes clear the impossibility of patients judging medical necessity.

In response to UHC’s planned policy, Richard Pollack, president of the American Hospital Association, echoed Raven’s point. In a public letter addressed to UHC’s CEO and dated June 8, Pollack wrote that “patients are not medical experts and should not be expected to self-diagnose during what they believe is a medical emergency. Threatening patients with a financial penalty for making the wrong decision could have a chilling effect on seeking emergency care.”

Overall, Pollack said the AHA is “deeply concerned” by the policy and urged UHC to “reverse [it] immediately.” The American College of Emergency Physicians released a similar response, saying the organization “strongly condemns” UHC’s “dangerous decision.” Like the AHA, the ACEP also noted that the policy may violate federal safeguards.

“ACEP firmly believes that the new policy is in direct violation of the federal Prudent Layperson Standard, which requires insurance companies to provide coverage of emergency care based on the presenting symptoms that brought the patient to the emergency department, not the final diagnosis,” the physicians’ group said in a statement.

Prior to telling Ars that it had decided to delay the policy, UHC had justified its plan by saying it was an effort to drag down healthcare costs.

In a statement to media outlet Fierce Healthcare, UHC wrote:

Unnecessary use of the emergency room costs nearly $32 billion annually, driving up healthcare costs for everyone. We are taking steps to make care more affordable, encouraging people who do not have a healthcare emergency to seek treatment in a more appropriate setting, such as an urgent care center.

But the AHA and ACEP both pushed back on this point, noting that there’s little evidence to suggest widespread misuse of emergency departments. AHA also suggested that a better way to bring emergency care costs down may be to provide members with better access and coverage to non-urgent care. Lastly, the hospital association suggested that the financial argument wasn’t a strong one coming from UHC, which has reported banner profits amid the pandemic.

“Despite implementing policies to restrict enrollee coverage over the past several years, UHC premiums continue to rise in most markets, as do UHC’s profits,” AHA wrote. “As you know, UHC’s parent company UnitedHealth Group posted a 35 percent year-over-year jump in operating profits in the first quarter of 2021. Despite earning $6.7 billion in a single quarter, UHC enrollees are being asked to pay more for their coverage.”

UnitedHealthGroup also earned $6.6 billion in the second quarter of 2020, which was double what it earned in the same period the year before.

ACEP President Mark Rosenberg was cynical in his response to UHC’s planned policy, saying in a statement, “While we’re dismayed by United’s decision, we are not, unfortunately, surprised to see an insurance company once again try to cut its costs at the expense of necessary patient care.”

“You’re not going to pay”

For now, UHC’s members will be spared from ED claim reviews during the rollout delay. But even if the giant insurer never ends up instituting the policy, the damage may already be done. In 2018, after Anthem announced its similar policy to its members and began denying claims, it received similar backlash and challenges. Anthem ended up effectively rolling back the policy the same year and reversed decisions when members challenged claim denials.

Still, experts worried at the time that just the announcement of the policy—not its enforcement—would discourage some members from seeking care. Jonathan Kolstad, an associate professor at the Haas School of Business at the University of California, Berkeley told The New York Times in 2018: “You may get as much or more bang for your buck frankly by just telling people you’re not going to pay. Even if, at the end of the day, you do pay.”