Berry twins off to medical school in the fall together | Education 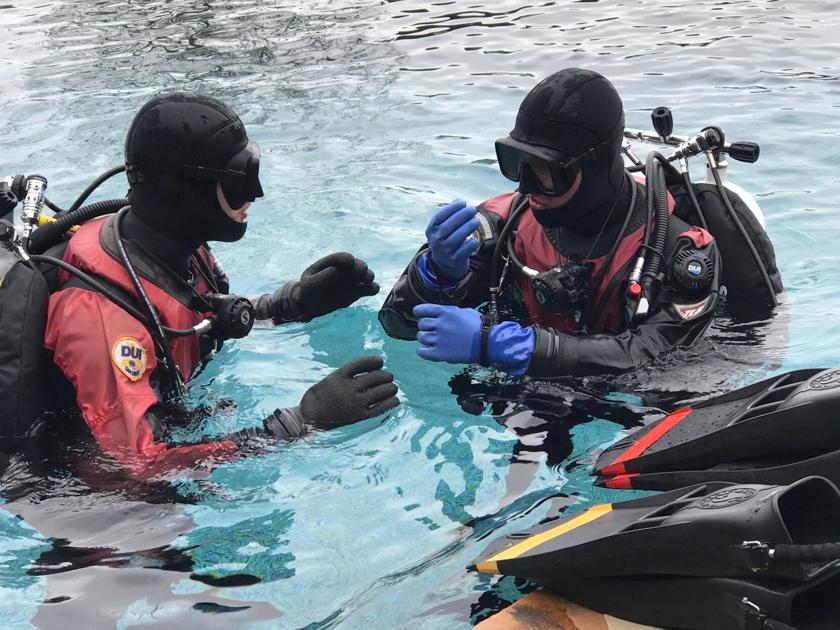 From hiking in the Smoky Mountains near Knoxville to scuba diving off the coast of Florida, identical twins Grant and Ethan Calhoun have had many adventures together.

Now as they graduate from Berry College with degrees in biochemistry, they’re off to VCOM-Carolinas to pursue medical school together.

Around four years ago, when they were looking at colleges, they wanted a small college atmosphere. After they were accepted into Berry, the twins were excited to start their college adventure as best friends and study partners.

“Berry’s been a remarkable place for us, both in relationships with friends and professors, but also academically,” Ethan said. “It was challenging enough to really push us, but also allowed us to excel.”

The brothers decided to pursue the medical field to support people and find ways to help them.

While at Berry, they worked in a variety of departments, but Grant said his favorite has been working in the auto shop.

“We were able to get in there and work on different trucks, tractors and all of the cool vehicles at Berry,” Grant said. “We also helped out in the biology labs.”

“It was always fun to go from replacing water pumps and carburetors on old Dodge trucks to going to my organic chemistry lab and synthesizing compounds,” Ethan said.

When the COVID-19 pandemic hit halfway through their junior year, the twins were studying for the MCATs.

“In some ways, it was kind of a blessing to go home to Knoxville and really study,” Grant said. “We did miss getting to see our senior friends last year graduate.”

They were also able to volunteer at the local hospitals and see how they were functioning during the pandemic.

“It was great to be able to give back to the community that way,” Ethan said.

In their free time, the brothers love to be outdoors and go hiking, dirt biking, cave diving and fishing.

“During undergrad, we got into scuba diving and we’ve had some fun going to Florida and exploring underwater caves,” Ethan said.

With their experience in the auto-shop, they’ve begun working on a 1994 Miata with their younger brother as a family bonding activity.

Since they’ve been at Berry, the twins both received the Walter Pendley Award their junior year and Grant received the Dr. Charles Markle award.

As they prepare to head to Spartanburg in the fall, they’ll spend the summer continuing their volunteer work at hospitals, shadowing local physicians and spend time with friends and family.

“We’ll work the same shift in the hospital and the patients will get confused as we’ll be going back and forth a lot,” Ethan said. “They’ll say ‘you’ve been all over the place today.’”

While they don’t know what part of the medical field they’ll pursue, they’re both very interested in emergency medicine and general surgery.