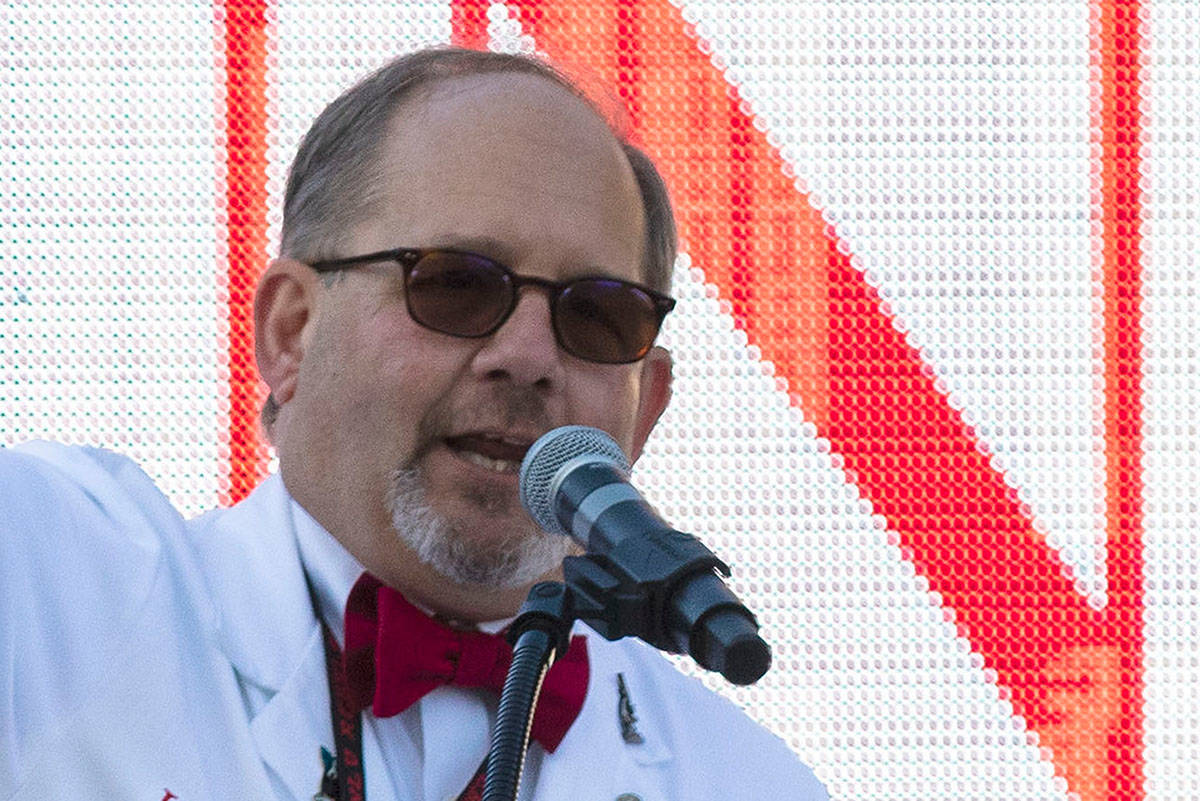 Advocates for reopening school-based health centers are seeking answers after a proposal to do so was pulled from the Clark County School Board’s agenda for the second time in two years.

The Clark County School Board was scheduled to consider a five-year agreement between the school district and the Kirk Kerkorian School of Medicine at UNLV at its April 22 meeting. But the item was removed from the agenda beforehand with no explanation.

“I’m frustrated because this is something the community desperately needs,” said Ed Gonzalez, a member of Hickey Elementary School’s school organizational team, citing mental health issues stemming from the COVID-19 pandemic and families who can’t afford to access medical care. “We don’t have time to wait for this.”

The agreement called for providing medical and mental health services to students and their immediate family members at no cost to families or the district. The medical school would have billed Medicaid, private insurance companies or Nevada Check Up, which provides coverage to low-income children who aren’t covered by other insurance.

Two days before the School Board meeting, UNLV School of Medicine spokesman Paul Joncich said via email that “the contract needs more work and is being tweaked.”

New proposal may surface in June

But Dr. Marc Kahn, dean of the medical school, told the Review-Journal in late April that the agreement was pulled because it hadn’t gone through the proper approval process for university contracts.

A Clark County School District spokesman said the agreement was pulled at the request of UNLV but didn’t provide any further comment.

On Thursday, Kahn and school district Superintendent Jesus Jara had a conversation about the topic and the hope is to have a proposal on the School Board agenda in June, Joncich said.

The April meeting was second time in two years that a proposal to open school-based health centers has been spiked from an agenda.

In February 2019, an agreement called for operating centers at Bailey Middle School in Las Vegas and Martinez Elementary School in North Las Vegas, both of which have a high percentage of low-income students.

The school district would have been able to “recommend additional specific schools for satellite services,” the agreement said.

At that meeting, Jara said “some editorial changes would be made” to the agreement and the goal was to bring it back the following month, according to the minutes.

That didn’t happen, but it’s unclear why. The school district hasn’t offered an explanation for the delay.

Instead, more than two years passed until the new agreement with UNLV’s medical school briefly appeared on the agenda last month.

At that point, it had been 26 months since the initial agreement was pulled — “a long time for a technical change,” said Gonzalez, the Hickey Elementary team member.

Gonzalez spoke during a public comment period at School Board meetings in February 2019 and last month in support of school-based health centers.

He told the Review-Journal in late April he was hopeful when the agreement came back before the School Board and attended the meeting in order to say “thank you” to the board for moving forward.

But the agreement got pulled again, and it felt like déjà vu, Gonzalez said.

‘We’re pretty much in the dark’

Schools don’t know what’s going on with the status of the agreement, Gonzalez said.

“We needed this two years ago, and we’re still waiting and we’re pretty much in the dark,” he said.

Kahn told the Review-Journal he doesn’t expect the health centers to be at all schools initially, noting that would require an unfeasible staffing level.

“We want to start with a few schools with a pilot program and then expand over time,” he said.

Details still need to be worked out, Kahn said. That includes which schools would be served, if adult family members of students would also be able to receive care and what hours the health centers would be open.

UNLV’s medical school doesn’t want to set something up and then not be able to follow through, he said.

“We absolutely want to work with the school district, but we want to do it the right way,” Kahn said. “We want to make sure we’re providing the right care.”

As for what happened with the 2019 agreement that was pulled from the agenda, Kahn said he arrived on the job in April 2020 and wasn’t involved with that.

All four centers closed in late December 2018 because of funding issues, said Judy New, vice president of medical clinics for the Foundation for Positively Kids.

‘We became almost a free clinic’

The organization held on as long as grant money allowed, but its contract with the school district stated the organization couldn’t charge for services — only bill insurance companies, New said via email.

About 90 percent of the children served were noninsured patients, “so in essence we became almost a free clinic,” she said.

Shortly after the clinics closed, a joint school organizational team meeting was scheduled with Bailey Middle School as well as its neighboring schools, Hickey Elementary and Sunrise Mountain High School. The discussion was weighing options for how to get school-based health centers reopened, Gonzalez said.

There were plans to apply for a grant, but that was put on hold after the district said an agreement was forthcoming with UNLV, said Jessica Jones, a kindergarten teacher and chairwoman of the school organizational team at Hickey Elementary.

“I said, ‘I think we should apply for it anyway,’” she said in late April. “I was just very wary of the district following through.”

The school district already partners with other community organizations — including the UNLV School of Dental Medicine, EyeCare4Kids, First Person Care Clinic, Future Smiles, Nevada Health Centers, Medicine on the Move and United Citizens Foundation — to provide medical, mental health, dental and vision services at no cost to students or the district.

Some providers have services available for all school district students, and others serve specific schools.

And in May 2020, the School Board approved an agreement with Hazel Health to provide students with access to telehealth primary care appointments at school.