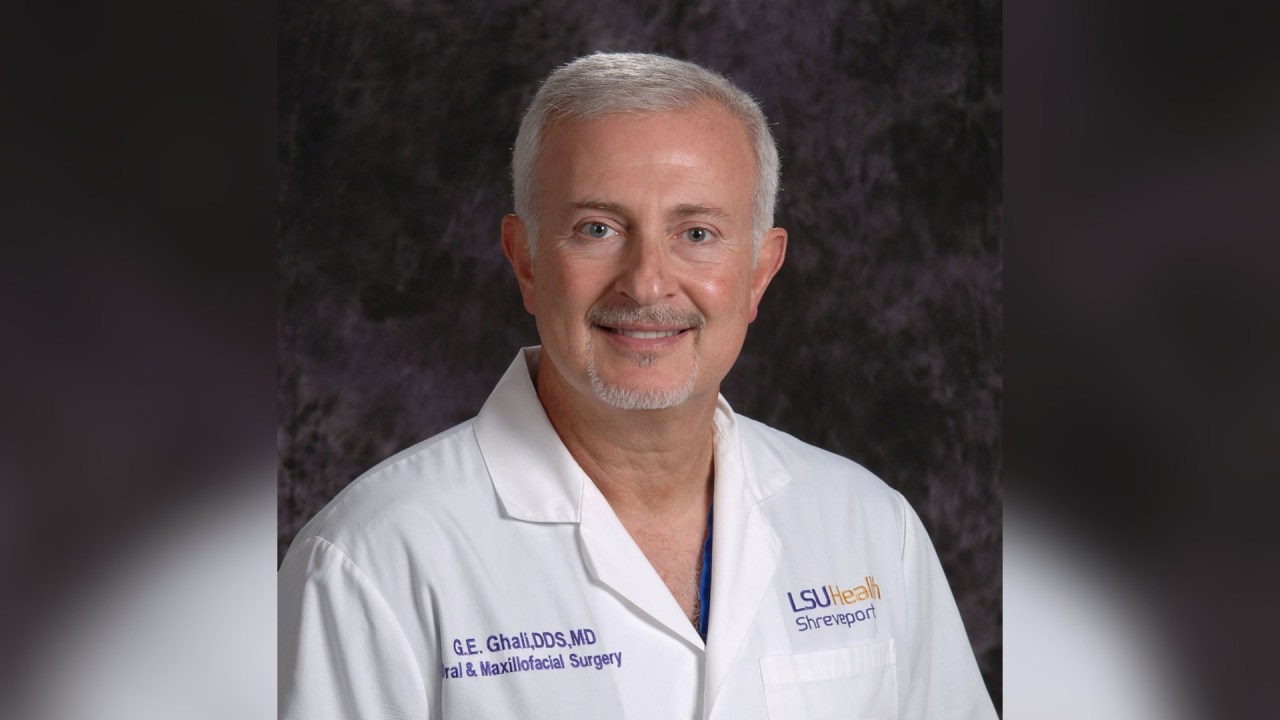 In a statement released Tuesday evening, Shreveport employment and civil rights attorney Allison Jones called for Ghali’s permanent removal, identified the four women who filed the complaints, and announced they will be coming forward to speak to the media themselves about the allegations on Wednesday.

The statement also identifies the former medical school administrator at the center of the original allegations of sexual misconduct.

Jones says LSU’s Title IX office dismissed the women’s claims, stating that they did not qualify as a Title IX complaint.

Ghali was placed on administrative leave April 12, one day after the complaints were filed.

According to Jones, “The complainants were invited to send their written private testimonies to the Board of Supervisors, under the leadership of Interim LSU President Thomas C. Galligan Jr., for evaluation at the April 10, 2021, executive session, which has historically been a closed meeting, while the Board conducted a comprehensive evaluation of the Chancellor. The Board members were also apparently read testimonies from other LSU employees who claimed that Chancellor Ghali acted in sexually inappropriate ways towards them.”

“On Saturday, April 10, 2021, the LSU Board of Supervisors met to discuss my client’s accusations. My clients had been told their complaints would be handled privately, without their names being made public. After entering a prolonged executive session, an act taken to exclude the working press of our state, the Board heard reports on the claims filed. The press was not only prohibited from attending, but the claimants were not allowed to attend this executive session, present their issues, or even to listen,” Jones said in the statement.

“Shockingly, however, several Louisiana politicians, legislators, were allowed to join the closed executive session to defend Chancellor Ghali. Nothing is more repugnant to due process than politicizing a situation that should have been about the offensive, unbecoming discriminatory, retaliatory, and unequal behavior of the Chancellor of the LSU Medical School in Shreveport.”

The statement also notes notes that “several Republican lawmakers, including Ray Garofalo, who recently made headlines for his divisive proposed education bill, were among the lawmakers present to defend Chancellor Ghali. The Board of Supervisors meeting was adjourned, with no decision made about the allegations against the Chancellor.”

“The result of the stacked executive session was that my clients were left unprotected and were certain that Chancellor Ghali would immediately resume his retaliation against them. My clients were obligated to file charges of retaliation and gender discrimination with the federal Equal Employment Opportunity Commission and essentially go public with their claims. LSU’s failures to protect the complainants’ privacy mandated that they ask the appropriate federal authorities for protection and relief,” according to Jones, who also noted that Ghali remains a faculty member at the medical school and is still supervising female students, despite the claims against him.

In a statement issued April 12, the day the EEOC complaints were filed, LSU Health Shreveport said the Title IX review “did not find sufficient evidence to support any Title IX concern.”

“The institution has investigated every complaint to date and taken appropriate actions. LSU Health Shreveport stands ready to defend itself against these latest allegations,” the statement said.

Jones also made clear that her clients are asking for nothing less than Ghali’s permanent removal.

Under the leadership of Chancellor Ghali, the LSU Medical School in Shreveport has a shameful record of condoning offensive, unbecoming, discriminatory, retaliatory, and unequal behavior-for both students and faculty – as well as retaliating specifically against those who report the same,” Jones said.

“The University has consistently failed to adopt necessary policies to prevent such offensive, unbecoming, discriminatory, retaliatory and unequal behavior, has failed to investigate complaints of such, and, instead, has chosen to embrace retaliation against any complainant.

My clients simply asked that the policies of the LSU Medical School of Shreveport and their
implementation comply with the law.

Women today are agents of change especially in institutions and systems that have long lived with a culture of such behavior. My clients are prepared and ready to lead this change both for themselves and the protected learners in the school. They are committed to seeing gender equity at the LSU Medical School in Shreveport as not just a promotion gimmick but, rather, a reality. They are more than ready to fight to ensure that leadership of the school is equally committed. The allegations against Dr. Ghali demonstrate he was a supporter of offensive, discriminatory, and retaliatory behavior and by some reports engaged in the same conduct.

Accordingly, he should never be allowed to return as Chancellor of the LSU Medical School in
Shreveport, and a permanent change in the Administration is required.

The federal complaints against LSU Health Shreveport come as LSU grapples with a system-wide Title IX scandal after a review prompted by an independent report determined LSU for years mishandled its response to student allegations of rape, domestic violence and assault, in some instances ignoring the claims entirely.

Stay up to date with the latest news and weather by downloading the Arklatexhomepage News App from the App Store or Google Play.