Anchorage bakery Fire Island plans to relocate to a different downtown location, opening an indoor market with other local businesses 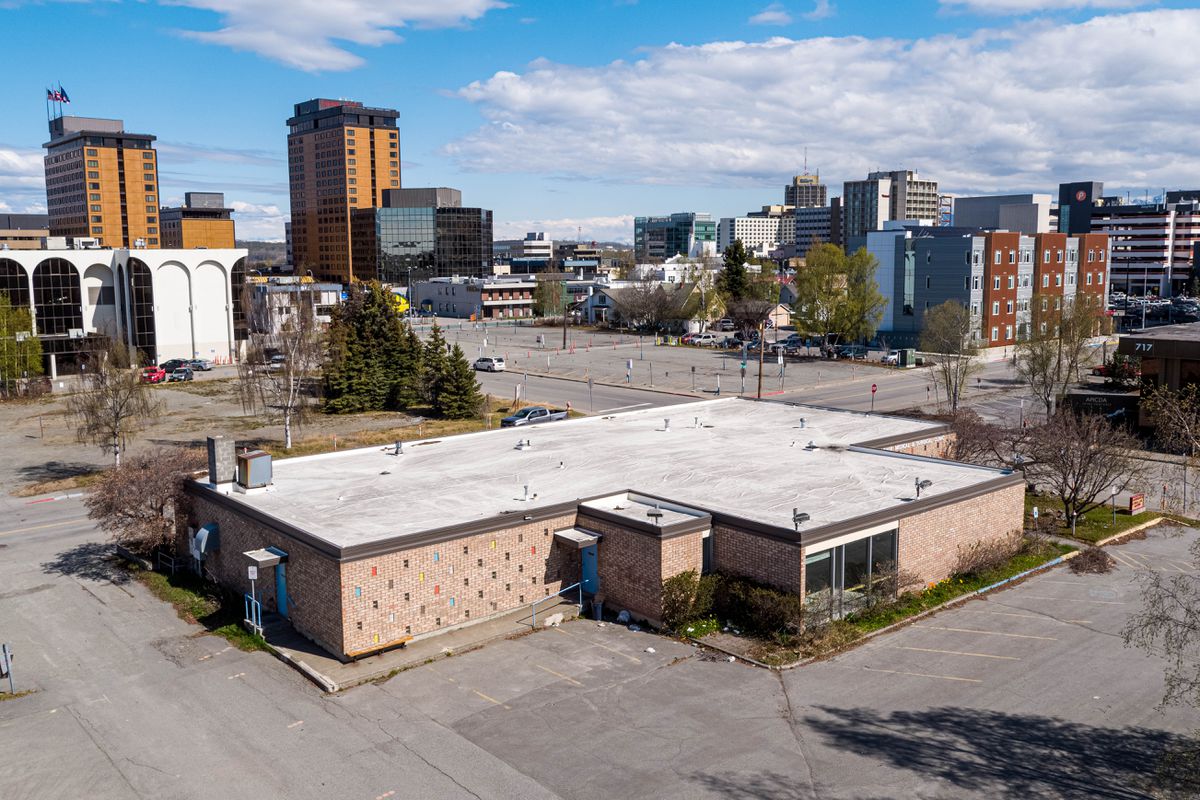 Anchorage’s Fire Island Rustic Bakeshop plans to leave its longtime South Addition location in the coming months and reopen at a building it purchased several blocks to the north downtown, along with an eclectic mix of other local businesses.

They’ll open shop in a single-story medical building at 718 K Street, after the facility undergoes a monthslong renovation.

The bakery will share space with La Bodega, the beer, wine, sake and liquor store, That Feeling Co., a cafe and houseplant store, and Johnny’s Produce, serving smoothies, fruits and vegetables.

The goal is for the shops to open together before the end of the year, she said.

Pennington said Fire Island, which operates three bakeries in Anchorage, has outgrown its current space at 1343 G St. She and her family wanted to own their own building, rather than continue leasing at that location. So they acquired the old medical building.

The move comes with important goals in mind, including working with like-minded companies to support the revitalization of downtown, she said.

“We’re hoping people bike and walk here and make it part of their lifestyle,” she said.

The G Street bakery is not expected to close until the new location opens, she said. It will be a full bakery, like its predecessor that opened a dozen years ago, she said.

Pennington declined to disclose the sale price for the building.

Progressive Physical Therapy, located in the G Street location near Fire Island, will also move into the new building on K Street. It will operate on one side of the building, apart from the retail businesses.

The 1958 building was the longtime home of the Anchorage Medical and Surgical Clinic, until the practice closed about two years ago.

The new design will retain the building’s midcentury modern look, keeping features such as the brick exterior and colorful glass blocks that give a cathedral-like feel when sunlight enters the building.

But large new windows will be added, and interior walls will be removed.

“The inside will be an open-floor concept,” she said.

A large seating area near the main entrance will feature a standalone fireplace and large windows to take in sunlight. Visitors can enjoy enjoy baked goods, coffee or smoothies there.

A roll-up door will let patrons spill outside to tables in good weather. Inside, they can browse for bottles of craft wine, houseplants or other gifts to take home, she said.

Guests will see the bakery as they enter the main entrance, and the other shops nearby. There will be lots of parking onsite, she said.

The businesses hope to reuse many of the fixtures inside the building, such as exit signs that once lit up near doors, and glass-covered cabinets that once stored medicine, Pennington said. The goal is to find a home for as many items as possible, including a giant safe that might be given away.

Johnny’s Produce and That Feeling Co. will remain open at their shared location where they launched about a year ago, at 1721 E. Dowling Road, said Carson Baldiviez, an owner of the plant store. His parents, Johnny and Ginna Baldiviez, own the produce store.

Carson, who owns the houseplant store with his wife, Tanya, said the businesses at the market share the same values. It will have a good energy, he said.

“We are in same boat as far as paying employees good wages, caring about our community,” and hosting events for local artists and others, he said.

Pamela Hatzis, La Bodega owner, said she and her staff are excited.

“There’s a lot of natural synergy between the businesses and potential for some really creative collaboration,” she said.

Dr. Nell Loftin, who practiced at the medical clinic for about 35 years until she retired in 2019, said generations of Alaskans went there for X-rays, minor surgical work and other services.

“Some people had been there for decades and decades,” she said. “They started there as younger people and we saw them into their 90s.”

She said she’s thrilled to see Fire Island moving there.

“I love that little building,” she said. “Now I can go to Fire Island and visit my old stomping grounds.”