A Medical Student Questioned Microaggressions. UVA Branded Him a Threat and Banished Him from Campus. – Reason.com 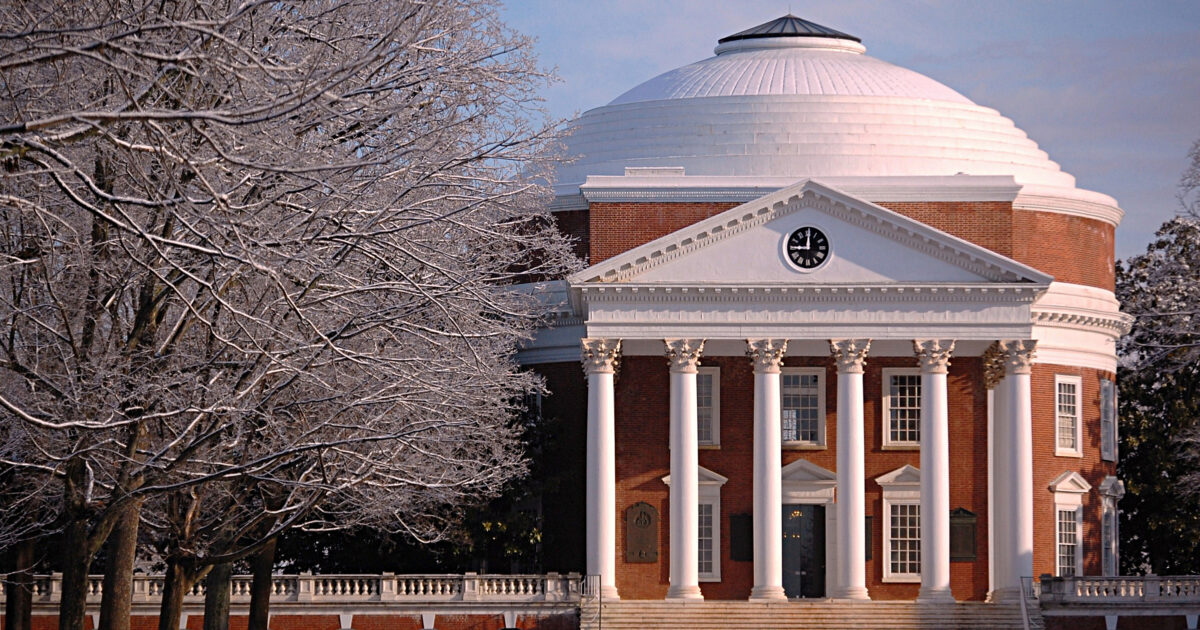 Kieran Bhattacharya is a student at the University of Virginia (UVA) School of Medicine. On October 25, 2018, he attended a panel discussion on the subject of microaggressions. Dissatisfied with the definition of a microaggression offered by the presenter—Beverly Cowell Adams, an assistant dean—Bhattacharya raised his hand.

Within a few weeks, as a result of the fallout from Bhattacharya’s question about microagressions, the administration had branded him a threat to the university and banned him from campus. He is now suing UVA for violating his First Amendment rights, and a judge recently ruled that his suit should proceed.

Here was what the student said.

“Thank you for your presentation,” said Bhattacharya, according to an audio recording of the event. “I had a few questions, just to clarify your definition of microaggressions. Is it a requirement, to be a victim of microaggression, that you are a member of a marginalized group?”

Adams replied that it wasn’t a requirement.

But Sara Rasmussen, an assistant professor who helped to organize the event, thought Bhattacharya’s questions were a bit too pointed. Immediately following the panel, she filed a “professionalism concern card”—a kind of record of a student’s violations of university policy.

“This student asked a series of questions that were quite antagonistic toward the panel,” wrote Rasmussen. “He pressed on and stated one faculty member was being contradictory. His level of frustration/anger seemed to escalate until another faculty member defused the situation by calling on another student for questions. I am shocked that a med student would show so little respect toward faculty members. It worries me how he will do on wards.”

According to Bhattacharya’s lawsuit, the concern card generated interest from an assistant dean in the medical school, who emailed him and offered to meet. The assistant dean assured him that “I simply want to help you understand and be able to cope with unintended consequences of conversations.”

Bhattacharya responded that contrary to anyone’s assertions, he had not lost his temper or become frustrated with the panel:

Your observed discomfort of me from wherever you sat was not at all how I felt. I was quite happy that the panel gave me so much time to engage with them about the semantics regarding the comparison of microaggressions and barbs. I have no problems with anyone on the panel; I simply wanted to give them some basic challenges regarding the topic. And I understand that there is a wide range of acceptable interpretations on this. I would be happy to meet with you at your convenience to discuss this further.

Then a dean of student affairs asked to meet as well.

Meanwhile, the Academic Standards and Achievement Committee met to to discuss the concern card. This committee voted to send Bhattacharya a written reminder to “show mutual respect” to faculty members and “express yourself appropriately.” The committee also suggested that he get counseling.

On November 26, this suggestion became a mandate: The student was informed that he must be evaluated by psychological services before returning to classes. Bhattacharya repeatedly asked university officials to clarify what exactly he was accused of, under whose authority his counseling had been mandated, and why his enrollment status was suddenly in doubt, according to the lawsuit. These queries only appear to have made UVA officials more determined to punish him: Bhattacharya’s mounting frustration with these baseless accusations of unspecified wrongdoings was essentially treated as evidence that he was guilty. At his hearing, he was accused of being “extremely defensive” and ordered to change his “aggressive, threatening behavior.”

He was ultimately suspended for “aggressive and inappropriate interactions in multiple situations.” On December 30, UVA police ordered him to leave campus.

UVA’s administration engaged in behavior that can be described as “gaslighting.” Administrators asserted that Bhattacharya had behaved aggressively when he hadn’t, and then cited his increasing confusion, frustration, and hostility toward the disciplinary process as evidence that he was aggressive. And all of this because Bhattacharya asked an entirely fair question about microaggressions, a fraught subject.

His lawsuit contends that UVA violated his First Amendment rights by retaliating against him for speaking his mind. UVA filed a motion to dismiss the case, but a district court judge ruled that the suit could proceed.

“Bhattacharya sufficiently alleges that Defendants retaliated against him,” wrote the court. “Indeed, they issued a Professionalism Concern Card against him, suspended him from UVA Medical School, required him to undergo counseling and obtain ‘medical clearance’ as a prerequisite for remaining enrolled, and prevented him from appealing his suspension or applying for readmission.”

It is vital that UVA lose this case, and lose badly. Students must have the right to question administrators about poorly formed concepts from social psychology without fearing that they will be branded as threats to public order. That’s the difference between a public university and an asylum.